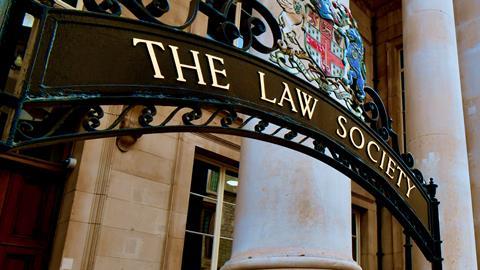 The final Council meeting of 2020 took place on 9 December. Nothing could have prepared us for the events of this year, and yet Law Society CEO Paul Tennant was able to report to Council much success – amid the terrible challenges of Covid-19 not to mention the Chancery Lane fire.

Fortunately everyone escaped the latter safely, and the most architecturally important parts of the building were untouched – even if the Gazette’s offices were among those that went up in flames.

Paul noted that our change programme, Shaping our Future, had ensured the roll out of IT kit that made the transition to home-working almost seamless, even given the speed at which the Covid-19 lockdown followed on after the fire.

The pandemic has been a critical issue for the profession. Via our 'Reset, Resilience and Recovery' campaign we have been supporting members and have continued to engage with government on key issues such as the operation of the courts and the status of solicitors as key workers. Our new website has been updated with revised guidance and we will continue to talk to members about their needs.

Attacks on the rule of law

The recent months have been challenging for the rule of law. Our joint briefing with the Bar Council in relation to the Internal Markets Bill was widely cited in parliament. Our firm response to government rhetoric relating to 'activist lawyers' and 'lefty lawyers' has been widely welcomed by members.

We made submissions to the Independent Panel looking at the future of judicial review and launched principles setting out the minimum standards for any system of judicial.

We have worked extensively with members to develop our position on the economic crime levy, and our approach and position was praised by some of the largest firms.

The LSB recently approved the SRA’s SQE application. We have consistently raised our members’ concerns about the impact the SQE may have on equality and diversity in the profession with stakeholders and are pleased to see further commitments from the SRA in this area.

We worked to prepare members for the difficulties faced during the October Professional Indemnity Insurance (PII) renewal, as a consequence of a hard market and the problems created by the pandemic, the lockdown, and the economic downturn. Much of the focus has been on placing stories in the legal press, including two articles by the PII Committee Chair in the Law Gazette which have also been featured in the Professional Update.

Council heard how we continue to support members towards the Brexit transition period publishing country-by-country guides for nine key jurisdictions, as well as guidance on legal professional privilege in the EU and on intellectual property after the end of the Brexit transition period. We are preparing more guidance to be released when there is certainty on the nature of the future UK-EU relationship.

We now await the support of the other parties to our accession - the EFTA states have publicly stated that they will support the UK’s accession, but the EU has not yet given a public indication of its view. We are aware that the Commission regards accession to the Lugano Convention as bound to a UK/EU FTA.

Our Global Legal Centre campaign continues to focus on specific audiences, and we have been promoting our ‘Jurisdiction of Choice’ report to key stakeholders in target areas.

Our international team continues their strong work on market access in Africa. We have also submitted evidence to the Lords International Agreements sub-committee on the negotiations with the US, Japan and Australia, as well as general trade asks for legal services, and are now awaiting the committee reports.

Diversity and the profession

Council has an update on equality, diversity and inclusion issues at every meeting. Our research to investigate the career experiences of black, Asian, and minority ethnic solicitors working in the legal profession set out the current state of play and context, looking at the evidence around diversity gaps and potential contributing factors.

Some key findings are that retention rates for black, Asian, and minority ethnic solicitors are particularly low in larger City firms and many black, Asian, and minority ethnic solicitors feel that they have to work much harder than their white counterparts and do not feel as comfortable in their work. They also experience slower career development and a significant pay gap.

Education is a key part of our offer to members. Since our last update, this year’s iteration of CQS on Law Society Learning, the new learning management service (LMS), was launched. This will offer an integrated and seamless journey for members via a single sign-on (SSO), and an e-commerce solution and training components which are significantly enhanced, with intuitive, easy to use modules and fully aligned assessments.

We’ll continue the roll-out to members once CQS has been released, and 55,000 members will be invited to use the platform by the end of 2020. Moderated testing of the platform has continued, and 71% of those sampled agree or strongly agree that the platform is an improvement on the Society’s previous offer.

On 19 October, we launched our pilot digital community to 5,000 small firm members. Law Society Connect is a place where small firm members can meet, share best practice, learn from peers, collaborate on common challenges and innovate.

Taking onboard the results of our member survey and lessons learned during the Covid-19 crisis, we are making changes to a number or our teams.

These proposals follow on from investments made in our infrastructure and technology, changes to the leadership team and new structures already in place in several teams including Future and Insight, Finance and Human Resources. Alongside the structural changes we are proposing to centralise content management and product and service creation processes. The consultation ran until mid-November at which point the proposals were finalised.

The Law Society AGM approved proposals for the reform of Council and the introduction of a term limit for Council members. However, both of these matters are now being put to a ballot of all members. The results of the ballot should be known in early January 2021.

Appointments due in 2020 for chairs and members of the policy advisory committees have been completed, and the process for making the appointments becoming due in 2021 has commenced. For the first time, we ran a bespoke induction for new chairs as well as a short practical skills-based session, both of which were well received. Inductions for new committee members and new Council members were held in September and October.

Council reiterated its wish to ensure that it continues to play a full part in developing overarching Law Society policy, and the new president was happy to acknowledge and press that role. The flexibility offered by meeting virtually has allowed and will continue to allow Council to get together between scheduled meetings to have discussions on policy issues.

Following lobbying from us, the government announced the restarting of the review of civil and criminal legal aid means tests. The review is due to report in Spring 2021 when a consultation will follow.

The government announced its decision following consultation on the 'accelerated items' under Criminal Legal Aid Review (CLAR). Expressly as a result of our lobbying, the government doubled the fee to be paid for cases 'sent' to the Crown Court.

The Legal Aid Agency (LAA) insisted on proceeding with its proposal to transfer the assessment of bills from the courts to legal aid officials. This move is strongly opposed by our members, who consider it wrong that the LAA should be both the paymaster and the assessor, but the LAA did not consult on the decision, only on its implementation. We have issued protective judicial review proceedings and are seeking discussions with the MoJ/LAA to try to find a solution.

Meanwhile, after we worked with a firm proposing a judicial review, the government has withdrawn a controversial fixed fee for new immigration tribunal work arising from a major rule change.

The Judicial Diversity Forum, of which we are a member, worked on the publication of the 'Combined Statistical Report' in September, looking at diversity both within the judiciary and in the profession that provides the pool of applicants for judicial appointment. We are continuing to press the Forum on the data and analysis we believe is needed to understand and address the reasons why diversity is not improving as quickly as we would like.

We published our Law under lockdown report on 25th September, in time for the September review of the Coronavirus Act 2020 in the House of Commons.

We included issues such as how access to justice had been affected, including for those in prisons and other forms of detention, and the extent to which other important safeguards such as those contained in the Care Act 2014 and Mental Health Act 1983 had been affected by the introduction of temporary easements.

We will continue to focus on this over the coming year, including to inform the next review of the Act in 2021.

The Independent Review of Administrative Law was announced in July and the panel issued a call for evidence which closed on 26 October. This sought evidence on a wide range of topics regarding judicial review, including codification, scope, standing, costs, time limits, settlement and use of Alternative Dispute Resolution.

Ahead of submitting its response, the Law Society published a statement of six fundamental principles that the review must protect and enhance. These were developed collaboratively with our expert committees and leading judicial review practitioners from across the profession.

From 10 September – 16 October, the events team held 31 webinars, with 5,230 registered delegates and an average registered to live conversion rate of 59%. Our largest online event in this time period was the Technology Conference which 537 registered to attend, followed by the National Property Law Conference at 394.

Gazette Online recorded its best ever September, with 25% more monthly unique visitors than in the same month last year. In print, the Gazette has recently completed the permanent switch to paper packaging (envelopes) from plastic polywrap. This has been a longstanding demand of many members in respect of the magazine’s environmental footprint and has been achieved cost-neutrally.