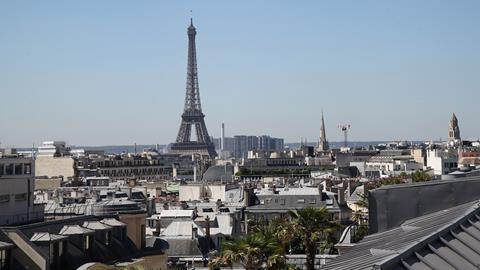 In the second of our series examining how English law is being used in different jurisdictions, we hear from Charlotte Gerrish, who works at Gerrish Legal in Paris

I originally qualified as a solicitor in England and Wales in 2011, and soon after I had the opportunity to relocate to Paris, France. I worked in a couple of international/Magic Circle firms based in Paris, as well as in one of the most prestigious French firms, before I moved to an in-house role, heading up the French office of the France-Benelux legal team of an international consultancy company with its headquarters in London.

Three years ago, I set up my own boutique law firm in Paris which specialises in new technologies, commercial law, privacy, GDPR and intellectual property (IP), advising global clients on French, English and European law matters.

Of course, since the result of the Brexit-referendum in 2016, life has been uncertain for those of us who have chosen to establish lives and businesses between the UK and the EU.

Arriving in France over 10 years ago, it was clear to see that the French legal profession is steeped in prestige and tradition. This is based on the Napoleonic Code of 1804, where lawyers still refer to each other as ‘Maître’ or ‘Mon Cher Confrère’ – and sign-off as ‘Votre bien dévoué’ (Master, My dearest learned friend/Your learned friend) even in the most simple email correspondence.

This was quite amusing from the perspective of a solicitor who grew up in the era of ‘plain English,’ but also quite a worry to see how the elite profession of French lawyers would view solicitors or Franco-British practitioners after the end of the transition period – when the requirement to accept us no longer stems from free movement and EU law obligations, but rather on the utility of an ongoing professional collaboration between our two jurisdictions.

Future UK and French relationship: to be confirmed

Of course, since Brexit the routes to practice for those who are not French qualified, or do not have EU citizenship and an EU bar admission are more complex than before, but the Paris Bar has specifically recognised the value that Anglo-firms and their solicitors bring to the Paris market in terms of international business and expertise.

At the time of writing, the future of English solicitors in France is up in the air as the French National Bar makes a decision on access to Foreign Legal Consultant status but the decision is expected to be made soon.

Of course, the need to retain solicitor talent in France is also reflected in how France has sought to position itself as an international business centre in the post-Brexit era.

The aim of these specialised courts is to facilitate access to French commercial courts for major international groups in their international commercial disputes and to enhance the attractiveness of the Paris market in jurisdiction clauses.

This is clearly a strong recognition that despite Brexit, common law and English law will still be a leading approach for the world’s most successful companies. This is certainly something we see when acting for the European divisions of large international tech companies.

Whether parties have chosen French law or the law of another country, they are subject to a procedural ‘revolution’ compared with the traditional French approach to civil procedure; parties may draft pleadings and conduct hearings in English, and the procedure itself is similar to common law litigation.

Accordingly, the documents are in English and witnesses and experts are heard in English.

This adversarial approach is quite a step away from the inquisitorial traditional civil law procedure that French disputes are usually based on.

To this end, the Paris Bar has created two conduct Protocols for the applicable civil procedure rules, one for the Court of Appeal and one for the Commercial Court. The French Bar School has rolled out common law training, run by solicitors and barristers and aimed at French lawyers on areas such as legal English and contracts drafting, contract law, tort, equity and evidentiary rules and taking evidence in common law.

Even for firms such as my own, where we specialise in advisory work and not litigation, it is clear to see that the option of having an international court in Paris also follows through in the contracts that we draft and negotiate for international parties.

And who better to actually advise on such common law agreements and assist during any disputes than a fully qualified English solicitor, even if the matter involves parties based in France?

Overall, the post-Brexit world is at a very early stage, and lawyers like myself will have to work hard to maintain relations and to most of all provide a full service to clients on both sides of the channel.

The key route to success to any solicitor working in France, or indeed in any other European country, is the ability to advise not only on the applicable law, but also on the different cultures that surround the parties’ intentions and the context of the deal – acting as a bridge between the common law and civil law worlds.

Clearly, English law and the solicitor profession in Europe is still highly regarded and certainly has utility. But the key to drive our profession forwards is to have the capability to provide advice in both common law and civil law jurisdictions, and in the relevant local languages.

Above all we must embrace innovation – whether through use of a Common Law division of a Paris Court for our international deals or through implementation of new technologies and legal tech in our increasingly digital environment.

Read the first in our series of postcards from abroad here.

Charlotte Gerrish is the founding lawyer of Gerrish Legal in Paris