Nelson Mandela is rightly celebrated as the inspiring leader and skilled negotiator who united South Africans under a democratic constitution following his release from 27 years’ imprisonment. He was also a skilled lawyer and forensic advocate. 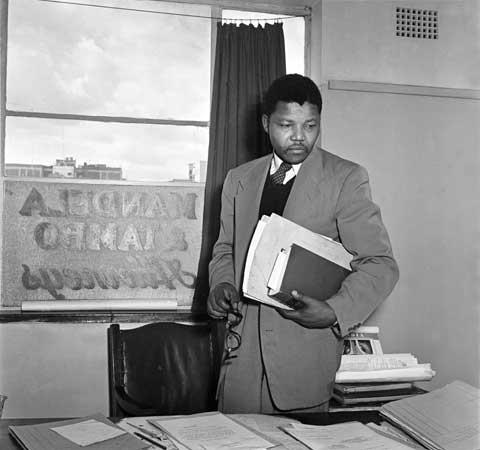 After evading capture as the ‘Black Pimpernel’ for 18 months, he was arrested in August 1962 and put on trial. There were two charges against him. The first was that between 1 April and 31 May 1961 he had incited workers to stay away from work illegally as a means of protesting against the apartheid laws. The second was that he had left the country without a valid passport for his visit to other African countries.

He decided to conduct his own defence because, as he told the court, ‘this is a case of the aspirations of the African people’. Because the trial would be conducted on a political basis it was obvious that lawyers could not put such a defence forward. The services of counsel were, however, required to assist him with various aspects of the trial. His first choice, Joe Slovo, was restricted by a banning order to Johannesburg, and was refused permission to travel to Pretoria to which the trial was moved at the last minute.

I was practising at the Johannesburg bar and knew Mandela. I had been one of his underground support team.

When I arrived at court, I was taken aback to find Mandela wearing tribal dress, a kaross (animal-hide cloak), with a wide-bead necklace in the gold, green and black colours of the ANC. I was used to seeing him in court dressed as a lawyer in suit and tie. My reaction was that of a white left-winger who viewed tribal dress with suspicion: this, I thought to myself, is how the Afrikaners want to portray Africans, as still living in a tribal state and not as citizens of a modern, industrial society. Mandela could sense my surprise. He said: ‘Winnie brought these for me. I want our people to see me as a black man in a white man’s court.’

Mandela made an application for the recusal of the senior regional magistrate whom he knew from legal practice. Characteristically, he made it clear that there was no personal reflection on the magistrate’s integrity. He put forward two grounds for the magistrate to stand down which he knew full well had no legal basis, and which I could not have advanced if I was speaking as counsel.

The magistrate tried twice to interrupt him, saying that he was going ‘beyond the scope of your application’ but Mandela persisted and was allowed to continue. His aim was political, to make it clear from the start of the proceedings that he intended to put the white state on trial. ‘Why is it,’ he asked, ‘that in this courtroom I face a white magistrate, am confronted by a white prosecutor, and [am] escorted into the dock by a white orderly? Can anyone honestly and seriously suggest that in this type of atmosphere the scales of justice are evenly balanced?’

The second ground was that he considered himself neither legally nor morally bound to obey laws made by a parliament in which he had no representation. The prosecutor barely bothered to reply, and Mandela’s application was summarily dismissed. He had set the tone – white supremacy was on trial. He pleaded not guilty to both charges.

Several incidents during the trial illustrate Mandela’s most basic quality, his sense of empathy. On the morning of the day Mandela was to make his closing speech, we were consulting in his room. There was a knock on the door. It was the prosecutor: ‘I’d like a private word with Mandela.’ They knew each other from the days when Mandela practised in the Johannesburg magistrates’ court. ‘Don’t be crazy,’ I said. ‘You can’t speak to him alone in the middle of a trial.’

But Mandela intervened and said he did not mind. He asked me to wait outside. When the prosecutor came out of the cell about five minutes later, I saw tears streaming down his face. I asked Mandela: ‘What the hell’s going on?’ He replied: ‘You won’t believe this but he asked me to forgive him.’ I exclaimed, ‘Nel, I hope you told him to get stuffed.’ To my surprise, Mandela responded: ‘No, I did not. I told him I knew he was just doing his job, and thanked him for his good wishes.’ The qualities of understanding and empathy that Mandela displayed during his trial were to stand him in good stead in the 27 long years of his imprisonment, and in the negotiations for a democratic South Africa. He also needed the iron will and unshakeable belief in his cause that he displayed when he went underground.

Mandela’s closing speech was another opportunity to challenge white supremacy. It prefigured the more famous statement from the dock that Mandela made in the Rivonia trial in 1964: ‘We were inspired by the idea of bringing into being a democratic republic where all South Africans will enjoy human rights without the slightest discrimination’. It was the government that ‘had set the scene for violence by relying exclusively on violence with which to answer our people and their demands’. 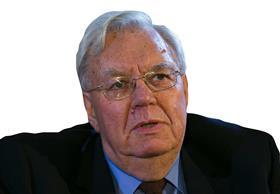 The magistrate took 10 minutes to consider the sentence, which was the maximum allowed: a total of five years’ imprisonment. He claimed that Mandela had shown no remorse and that his main objective was to overthrow the government: ‘There is no saying how far things will go if they are not put down with a heavy hand.’

Eleven months later, Mandela and others, including myself, were put on trial for attempting to overthrow the government by violence. I managed to escape from the trial but Mandela and seven others received a life sentence, from which Mandela emerged in 1990 to lead the negotiations for a democratic South Africa.

Sir Bob Hepple QC was a South African-born academic and leader in the fields of labour law, equality and human rights. He died in 2015. This is an excerpt from an article first published by the Gazette in 2013