Hill Dickinson’s marine and trade partner Andrew Lee has been announced as the new head of office in Singapore. 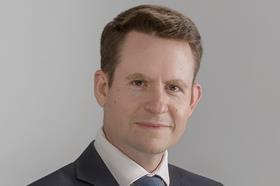 Lee, who has been with the firm and its merger firm, Hill Taylor Dickinson, since 2001, worked in London and Dubai before relocating to Singapore in 2009. He was co-founder of the firm’s new office, and became partner in 2010.

Lee is a maritime and trade disputes expert with a focus on shipping, commodities, offshore/marine construction and insurance.

He commented: ‘I am pleased to have been appointed as head of Hill Dickinson’s Singapore practice. Despite the severe disruption to the markets created by the Covid-19 pandemic, Singapore remains one of the world’s most vibrant maritime centres, and as a leading maritime law firm it is a tremendously exciting place to be.'

Lee succeeds Tony Goldsmith, who will return to London permanently after he was promoted to head of the marine and trade division.

Lee added: ‘Tony has overseen a period of rapid growth of our Singapore office, having expanded the practice from just two lawyers to 15 during his time as office head. As the sector begins to recover, I am very much looking forward to managing our next phase of growth.’