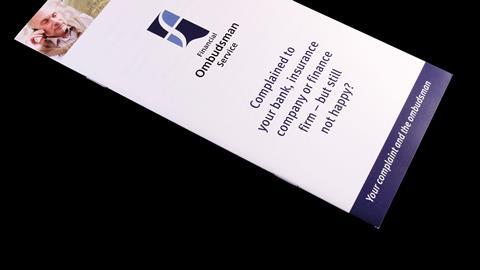 Solicitors are coming under the spotlight amid growing concern about how vulnerable clients were sold loans to fund family litigation. It is alleged the loans were offered without proper checks or due diligence.

Former divorce clients have claimed they were pressured by their solicitors into borrowing eye-watering sums, leaving them saddled with massive debts and in some cases causing them to lose their homes.

More than a dozen people have claimed to the Gazette they felt compelled to take out the loans with Novitas, now a subsidiary of merchant banking group Close Brothers, to fund proceedings in the last 10 years. They borrowed from £20,000 to £350,000 at an annual interest rate set between 18% and 30%.

Both financial and legal regulators are understood to be investigating allegations – so far unfounded – of misconduct.

In one upheld case from last year, the Financial Ombudsman Service found a client had been ‘pressured’ into signing up for a loan by her solicitor, who refused requests from the divorcing couple for mediation with ‘no reasonable explanation’. The unnamed law firm was also found to have provided incorrect information to Novitas and the client about the progress of the divorce.

The notice said the solicitor had been dishonest in their dealings with the client, adding: ‘Had things gone as they should, Miss H would probably have ended up going to mediation and incurred costs of up to £1,745.’ In the event, matters were contested and the client borrowed £45,000 at 18% interest. The debt was cancelled and any reference to it removed from the complainant’s credit history.

The volume of complaints and worrying stories about solicitor involvement indicate this may be far from an isolated case – and suggests the profession as a whole may want to ask questions about how such practices were allowed to continue for so long. Novitas ceased undertaking new business with the legal sector last year, after posting £50m in annual losses.

'I was told the only way to receive legal help was to have this Novitas loan. It is only now I look back and realise how awful it was. I was scared, vulnerable and didn’t really question it'

Former legal services clients who have shared their experience with the Gazette claim few checks were made on whether they could repay the loans. They also claim little or no attempt was made to ensure they took independent legal advice.

Some of those people had to sell their homes to settle their debts, while in one case a client was pursued through the county court after signing a loan agreement she claims to have barely understood.

‘I was told the only way to receive legal help was to have this Novitas loan,’ said one woman. ‘It is only now I look back and realise how awful it was. I was scared, vulnerable and didn’t really question it.’

An informal support group has been created for people to share their experiences and work out how best to deal with their ongoing financial commitments.

Novitas was one of the leading lenders to the legal profession over the past decade, financing personal injury cases, litigation and – particularly since most family law was taken out of scope of legal aid – divorce cases. Dozens of firms had regular arrangements with Novitas before the lender abruptly stopped all new business. Last month the Gazette revealed that Novitas Loans had set aside £6m to compensate clients following a review of historical cases. 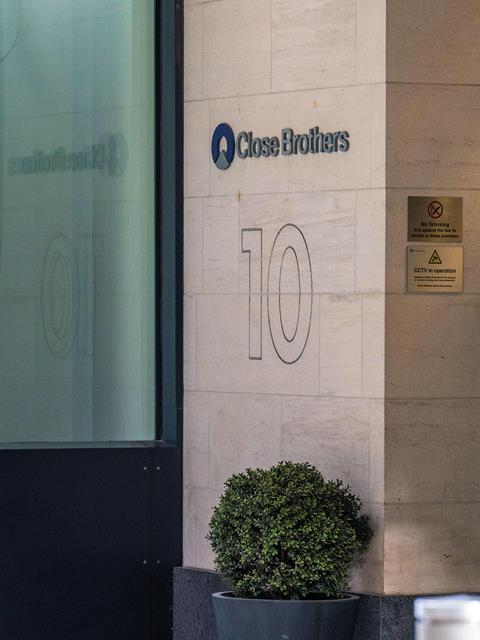 Novitas is a subsidiary of Close Brothers

The reasons for those repayments are still unclear, but former clients present a litany of complaints about how they were treated after approaching solicitors for help with their divorce.

Many say they had access to capital but were told they would have to take out a Novitas loan if they wanted to continue being represented. A client alleged that he was offered a loan on his initial call with solicitors and funding was approved instantly even though he had other debts at the time. He said the first loan of £50,000 was presented to him as a ‘contingency’ to cover unforeseen costs, but this was spent by his solicitors. In another case the client was allegedly encouraged to take out a £100,000 loan which was spent within four months.

Several clients allege that they were told not to bother with mediation and encouraged to take cases to a final hearing. A recurrent theme is that clients were told that their spouses were being difficult or litigious, and funding was needed to match them. One woman said she was encouraged to borrow £60,000 almost immediately after meeting solicitors who said they were not prepared to act without it. Her divorce took a total of nine years to be resolved.

‘My lawyer kept reminding me I was going to run out of money,’ a client told us. ‘Every time she spoke to me it was about money. But the loan was like an open chequebook’

Clients offered loans were required to be told to seek independent legal advice, but many told the Gazette this was a token effort – if it was made at all. One potential borrower reported she was accompanied by her solicitors to a neighbouring firm and made to sign the documents, after she had supposedly received independent advice in an open room next to the reception.

Clients alleged that they paid either no fee or a nominal £10 charge to solicitors who were supposed to be offering independent advice. In one case, a woman in this position later found out the firm offering such advice was also in the business of arranging loans with Novitas.

Clients’ homes were allegedly over-valued to enable a higher loan to be secured. Another client told the Gazette that her solicitors rarely put anything in writing about lending matters, preferring to discuss such issues over the phone. ‘My lawyer kept reminding me I was going to run out of money,’ a client told us. ‘Every time she spoke to me it was about money. But the loan was like an open chequebook.’

There remain potentially hundreds of clients who have yet to settle their debts. Novitas’ most recent financial accounts show the company has assets of £183m – most of which will be unpaid loans.

The Gazette understands that the Solicitors Regulation Authority is investigating several complaints about solicitors’ conduct in arranging divorce funding. Since 2012, 20 complaints have been made to the Financial Ombudsman Service relating to Novitas Loans Ltd. Less than half have been upheld.