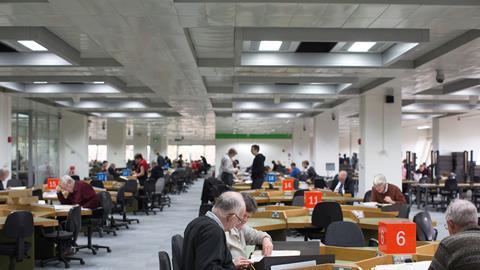 As the National Archives takes on BAILII’s role of creating an online hub for court judgments, doubts persist about how to showcase common law rulings in a machine-friendly and comprehensive way

Of all the decisions taken by the current lord chancellor, the one that could resonate down the centuries was taken last week over the arcane matter of arrangements for publishing court judgments. As predicted by the Gazette last month, the Ministry of Justice announced an arrangement with the National Archives to create the first comprehensive and free online repository of court judgments from England and Wales. 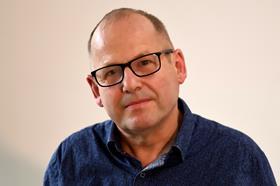 According to the MoJ, a new judgments website will go live next April when the current contract with the British and Irish Legal Information Institute (BAILII) expires. But the choices made now about how judgments will be archived, formatted and made available for sharing will have consequences far into the future.

Announcing the project, Robert Buckland QC MP said: ‘Ensuring court judgments are easily accessible is central to the rule of law and the principle of open justice.’

A widespread reaction from lawyers was: ‘But what’s wrong with the current arrangement?’ The short answer is: not a lot – so long as you are a human with a good idea of what you are looking for. However, concerns have been mounting over the continued viability in the digital age of a patchwork model of disseminating the crown jewels of the common law. Such concerns include:

Such inadequacies have been increasingly highlighted in recent years, and not just by the lawtech community. In 2017 the Supreme Court’s judgment in Unison stressed the need for ‘unimpeded access’ to the courts. In 2019 the Legal Education Foundation’s Digital Justice report – commissioned by the MoJ – called for judgments to be disseminated for free and in a structured, machine-readable format. ‘In a common law system, providing access to judgments is crucial in order for individuals to understand their legal position and initiate or defend legal claims,’ author Dr Natalie Byrom wrote.

Whether the arrangement announced last week answers this call remains to be seen.

As a first step, the MoJ said that JR decisions, European case law, commercial judgments and ‘many more cases of legal significance from the High Court, Upper Tier Tribunal, and the Court of Appeal’ will be migrated across from BAILII. The new site is expected to resemble the National Archives’ highly regarded legislation.gov.uk site, which has become the point of reference for statutory law.

Government sources said that, under the new arrangement, judgments will be available in a machine-readable form, converted into Legal Document Mark-up language, an open-source protocol for tagging key pieces of data for machine retrieval. Details of licensing arrangements have yet to be announced but National Archives is subject to the Re-use of Public Sector Information Regulations 2015, which require public bodies to permit re-use of data and prohibit exclusive deals.

So far, the announcement has met with approval. Even BAILII welcomed the move, though the new arrangement means the loss of £50,000 a year in income, roughly a quarter of BAILII’s annual spending. The MoJ will not have to foot the bill for the new site as it falls under the statutory obligations set out under the Public Records Act. For his part, Buckland paid tribute to the 20-year-old BAILII site, saying: ‘I am extremely grateful for the work they have done over the years to make judgments available to the public.’

The Law Society said the new project should ‘provide some clarity for the public around the justice system and the rule of law, and why it matters to them and their lives’.

But no one is pretending that the Buckland archive will be created overnight. The main hope is that it will be given the financial and professional resources to ensure it outlives us all.