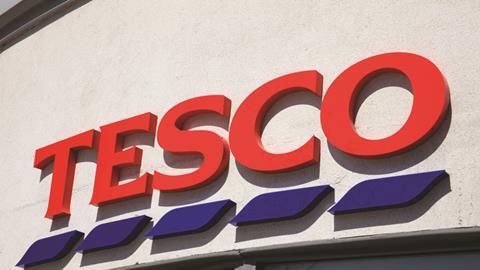 News focus: Five years on, did ABS really change anything?

2012 seems like a different age. Brangelina was still a thing, Carly Rae Jepsen earwormed the country with Call Me Maybe, and Arsenal were on course for a top-four finish.

In the law a revolution was coming, though it would not be televised.

In March the Solicitors Regulation Authority announced its first three alternative business structures in the wake of the Legal Services Act: Co-operative Legal Services topped the bill, with two high-street firms on the undercard. This was the advent of ‘Tesco Law’, a shake-up which would end the legal profession’s monopoly over the sector and increase competition, standards and consumer choice.

The regulator was thrilled: its then chief executive was pictured sharing a bottle of champagne with one of the new wave. Over the coming months, big-name brands came into the fold. It is easy to forget that these were often accompanied by publicity shots akin to a lottery winner’s cheque presentation – with the new ABS pictured receiving a scroll from an SRA executive.

The theory behind the change? Allow external providers to manage law firms or start their own and the market will inevitably mature and improve. Liberalisation was expected to hit the high street hardest, with the likes of John Lewis, WHSmith and Marks & Spencer all linked with a move into the legal market. At the other end of the scale, there was excitable talk of top-20 firms floating on the stock exchange.

So how much has really changed? In the event, few big-name consumer brands joined the party, and quite a few that did (including the Co-op) had their fingers burnt. Meanwhile, the free-market proselytisers have got louder. Regulators continue to grumble at the seeming lack of competition, though it is worth noting that the number of practising firms has continued to hover around 10,000.

‘In the early days of ABSs, many people believed listed consolidators of retail legal services would dominate. That hasn’t happened to the extent expected,’ says George Bull, a partner at accountancy firm RSM UK (itself an ABS). ‘Although several firms have tried, in England and Wales arguably there are as yet no widely recognised high street law firm brands.’

Tina Williams is chair of Fox Williams, which advises firms on ABS applications. She says the government’s aim was to reduce the cost of legal services, and in that respect the policy has failed.

‘With hindsight, it seems clear that the more flexible ownership of law firms (and access to external capital) permitted by ABS status does not of itself create innovation and competition,’ she adds.

Yes, big brands including the AA and outsourcer Capita have joined the sector, but Williams struggles to identify the benefit for non-legal retailers and tech companies.

‘Consumer brands often see mixed fortunes when they push beyond their core competency. A major brand such as Apple, for example, could try and leverage its brand and enter the legal market, but does it really make sense? The entry of accountancy firms to the legal sector feels like a natural extension of their existing business. Outside professional services firms, a move into legal services seems far less obvious.’

Perhaps it was simply the tag ‘Tesco Law’ (always a misnomer, the behemoth grocer never showed any interest) that was wrong? Or was it too easy to gloss over fundamental problems that can arise when introducing external investment and ownership into a sector underpinned by ethics and duties to the client and court?

Certainly, the ABS path is littered with those who flew too close to the sun. Australian firm Slater and Gordon and Simpson Millar owner Fairpoint both expanded rapidly and suffered.

It would not be accurate to dub the ABS explosion a damp squib, however. The market has not come to be dominated by new entrants, but the changes have caused firms to raise their game. About 75% of SRA-approved ABSs are existing firms: traditional practices that many expected to wither in this brave new world. Many have ditched the fixed-fee model, incorporated new technology and become more flexible.

Samantha Palmer, partner and head of professional and financial risks at Ashfords, says ABSs continue to help new and existing law firms to develop their offering to clients.

‘Law firms have the opportunity to invite external ownership into their equity model, together with the expertise that non-solicitors or corporate bodies may have to offer,’ she adds.

Bull agrees. ‘ABSs have encouraged many traditional firms to embrace changes in ownership style, management and structure,’ he says. ‘There is growing recognition that margin is a more important measure in assessing the success of the firm than PEP.’

And there have been notable innovators. Riverview Law may not have reinvented the wheel but it did change how the wheel is attached to the car.  Insurers, charities, universities and trade unions have all been authorised as ABSs.

One major quoted firm, Gateley, did go down the plc route and seems to have thrived. But Williams cautions that while access to capital markets may appear tempting, many balk at the requirement to generate consistent and improving profits: ‘Not many firms have the appetite for that, or a compelling case for what they would do with the capital they raise.’

The biggest potential change is the arrival en masse of accountants – and not just the big firms. The Institute of Chartered Accountants in England and Wales reports that almost 300 practices are now licensed to offer legal services.

Shirley Brookes, head of legal at PwC Legal, says her business feels much like any other law firm – albeit one with the backing of a giant. ‘We always think we have the best of both worlds, having started with the feeling and culture of a law firm while being part of a much bigger, wider business,’ she says.

PwC Legal aims to challenge firms of any size, but Brookes says it is technology (rather than structure) which will ultimately disrupt the sector.

Meanwhile, the appetite for innovation remains keen. There have been 33 new SRA-authorised ABSs this year, and in 2016 the regulator authorised 167 – the most since 2013. Business models are changing, multi-disciplinary practices are becoming more common and the idea of non-lawyers involved in law firms is becoming the new normal, rather than notable.

The future may well involve the SRA offering one single type of authorisation rather than forcing new entrants to choose. As Williams notes: ‘I would not be surprised if every existing law firm was offered the flexibility of ABSs at some point in the next five years. When that happens, we can finally drop the “alternative” from ABS.’