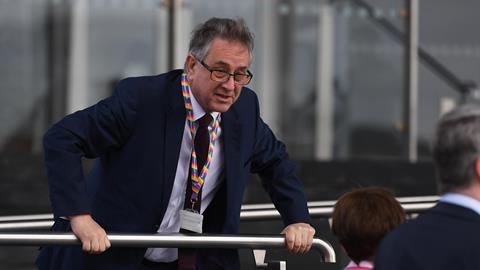 News focus: Time for Westminster to let go of Wales?

In the wake of the Thomas Commission’s radical blueprint for the devolution of justice in Wales, there are renewed calls for Cardiff to control funding and policy. But is London listening?

Cardiff and London remain at loggerheads over the full devolution of justice, keynote speeches at the Legal Wales Conference this month confirmed. While justice minister Lord Wolfson of Tredegar appeared to offer an olive branch, the general theme of his address suggests Westminster won’t be handing over control anytime soon.

It has been two years since the Thomas Commission on Justice in Wales unveiled its radical and wide-ranging blueprint that recommended Cardiff wrest full control of both policy and funding from Westminster. But in January 2020, then justice minister Chris Philp MP told Westminster that the government had no plans to adopt the commission’s recommendations.

Then Covid-19 struck. Grappling with Welsh law in daily life as a result of the pandemic had made people more conscious of devolution, Lord Thomas of Cwmgiedd said in September 2020. Then, just last month, Mick Antoniw MS, counsel general for Wales, told members of Senedd Cymru that it was time to kickstart fresh discussions about the future of justice in Wales.

Addressing the Legal Wales Conference on 8 October, Antoniw accused Westminster of playing a ‘political trick’. It was ‘hugely disappointing’ that the UK government had not responded positively to the commission’s recommendations. The policy was backed by the majority of Welsh voters and supported by the majority of elected representatives in the Senedd, he claimed. ‘The failure to devolve justice is a political trick which has little to do with the best administration of the justice system and the wellbeing of the Welsh people.’

Antoniw said the Welsh government would make incremental changes to suit the system in Wales until there was a change of government at Westminster or the present administration has a change of heart. Wales and the rest of the UK were heading towards an increasingly two-tier justice system, and he suggested that devolution could help to address some of the issues of access that have arisen in recent years.

In areas such as housing, family and welfare law, the argument for devolution was ‘unanswerable and already made’, he said.

Asked whether the idea of a devolved justice system was supported by law firms with offices in Wales but headquarters in England, Antoniw said concerns had been ‘validly made’ over potential problems, but he sought to reassure lawyers it would not affect their ability to practise.

‘No one is talking about creating barriers that would prevent cross-border ongoing work that is so important to the commercial viability of so many firms,’ he added. ‘There is every advantage to the law firms to engage and support this process. I don’t think it will impact on the broader commercial interests.’

However justice minister Lord Wolfson (David Wolfson QC) assured the conference that the UK government is looking seriously at the Thomas report.

‘The counsel general’s opening address looked at building a consensus for change for justice in Wales,’ he said on a conciliatory note. ‘While the UK government’s position differs from the Welsh government’s on the Thomas Commission’s overarching recommendation that justice should be devolved, we are aligned in our desire to continue to improve the way justice is delivered in Wales.’

The Ministry of Justice ‘has also been examining the commission’s report to see what can be taken forward to improve justice in Wales – and indeed is already undertaking work in relation to some of the commission’s recommendations’, he said.

But jurisdictional devolution is not on the agenda. Lord Wolfson stressed: ‘This government is committed to protecting and promoting the combined strengths of the union, building on hundreds of years of partnership and shared history. We want to strengthen the union to ensure the institutions of the UK are used in a way that benefits people in every part of our country, from Aberdeen to Aylesbury, Belfast to Brecon. The union strategy we have is to prioritise the promotion of a UK-wide legal sector and services in the three UK jurisdictions.’

The risk, of course, is that the perception that the government is ignoring the Thomas Commission’s overarching recommendation will strain the union further, not strengthen it.