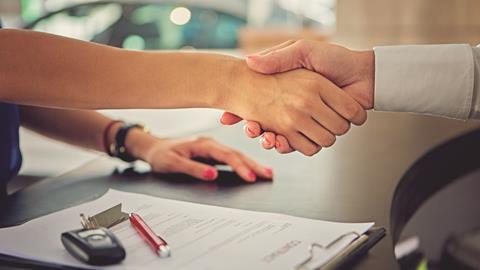 Last week’s paper on mediation finally nails why the practice refuses to go mainstream: residual mistrust. Too many lawyers see the process as flawed, too many clients want their day in court and too many mediators are failing to convince those involved that they can offer tangible benefit.

For a concept that was supposed to be at the forefront of civil justice since the Woolf reforms, opinions remain polarised. The Civil Justice Council working party’s report acknowledges that efforts to make alternative dispute resolution (ADR) integral to the process have been ‘extremely patchy’. Measures to encourage mediation – signposts, threats of sanctions and professional obligations on lawyers – are well crafted and thought-out, but ultimately the system, as a whole, ‘is not working’.

If lawyers and their clients will not come to mediation, then mediation may have to come to them. A compulsory scheme has been discussed and usually dismissed, but the working party makes clear this conversation is needed again. A minority of members recommends that ADR should be a condition of access to courts or to progress beyond a case management conference.

The report states that voluntary take-up of mediation is ‘disappointingly slow and small’. Parties that waste energy and costs arguing about whether or not to mediate generally do so for tactical reasons, and even if they agree to mediate there is no obligation to settle. Members of the group found no evidence that ADR is less successful when compulsory, and indeed sometimes parties are ‘quietly relieved’ to have avoided the ‘who blinks first’ dilemma by having the choice removed.

One significant problem with this theory is those on the front line do not generally agree with it.

Liverpool-based mediator Joe Mulrooney says the voluntary nature of the current system lends itself to the high number of successful outcomes. Dr Mike Talbot, chief executive of UK Mediation, which he founded in 1999 (the same year as the Woolf reforms) says efforts to force litigants into conciliation processes can be counter-productive. ‘The harder you push somebody to do something they don’t want to do, the harder they are going to push back,’ Talbot says. ‘I have done mediations where people are mandated, and they sit with arms folded and hardly open their briefcase. They don’t want to be there and it’s a drudge.’

If parties are to be compelled to take part, he argues, it should be early in the process. Allowing the case to progress without intervention creates too much ‘water under the bridge’ and undermines the whole thing.

Evidence from foreign jurisdictions is limited, but instructive. The working party states that in Belgium elements of compulsory mediation were an ‘expensive nuisance’ and saw people ‘go through the motions’. In Italy, legislators introduced compulsory mediation in 2010 (the only European jurisdiction taking this option to date) and modified the system within three years to limit it to a smaller range of disputes. Yet still the argument will persist for as long as ADR is not ‘culturally normal’, as the working party would like it to be.

Few question that mediation has the potential to improve the civil justice system. In family law, the Ministry of Justice reported that in 2013 almost seven out of 10 couples who opted for mediation reached agreements. A year later, mediation was made compulsory, with certain exceptions, with those issuing proceedings for financial relief or child arrangements orders now required to attend a mediation information and assessment meeting (MIAM). After compulsion, the number of MIAMs moving on to mediation has shown a slight decline, from 69% to 66%.

When family law group Resolution asked its members about MIAMs and the courts in 2015, many said cases were still going to court without any meeting taking place.

‘Our concern in family cases is that the MIAM is being introduced too late in the process, when people are already at the stage of starting court proceedings and the relationship between parties has deteriorated to the point that reaching an amicable solution is more challenging’, explains chair Nigel Shepherd. ‘Mediation is very effective in some cases, but it’s not right for everyone. It’s not one size fits all and it’s certainly not “mediation good, everything else bad’”, which is sometimes the message we hear.’

The working party suggests the court may have a greater role to play in penalising parties who refused to engage meaningfully with mediation. In recent years sanctions have been applied to some unwilling parties, but the report suggests this is the wrong approach: ‘The conclusion of a well-conducted trial and a carefully prepared judgment are not a hospitable background against which to submit that the whole thing might have been better avoided.’ Perhaps rule-makers may simply have to wait longer to change a culture steeped in hundreds of years of tradition.

Jen Wiss-Carline, from national firm April King, says all parties must learn to love mediation, and embracing it may keep the ‘compulsion’ wolf from the door.

‘Sadly, many misunderstand what mediation is about, believing it to mean that they have to give up control over the outcome of their case and compromise on their position,’ she says. ‘The reality is that if you have a dispute, mediation puts the control back in your hands. When you go to court, it is the judge that makes the decision – and this decision may not be something you (or the other party) would have wanted.’

The whole conversation may be moot anyway. Online dispute resolution (ODR) and fixed costs will force disputes into mediation without sticks or carrots. As the working party acknowledges, if ODR becomes woven into the system anyway then the debate ‘may simply become obsolete.’