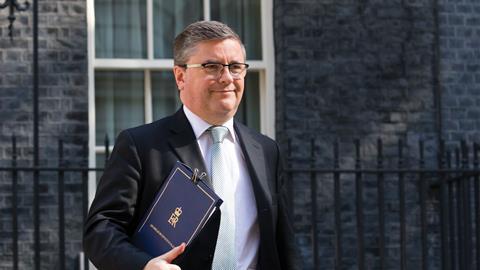 Business as usual under Buckland

Business as usual is expected to be the theme at the Ministry of Justice after new prime minister Boris Johnson appointed barrister Robert Buckland QC MP as lord chancellor and justice secretary.

Buckland, a justice minister since May, was promoted hours after David Gauke resigned.

Welcoming the appointment, Law Society president Simon Davis said: ‘As a former criminal barrister, he will understand the challenges facing our justice system. Decades of cuts have had widespread effects on the profession and the public – with legal aid deserts emerging across the country and criminal solicitors struggling to survive on low rates of pay. We look forward to working with the new lord chancellor to address these issues, improve access to justice and promote England and Wales as a global legal centre.’

Bob Neill MP, chair of the House of Commons justice select committee, said it was important that the ‘ambitious agenda’ that Gauke embarked upon is picked up by his successor.

That agenda includes the Divorce, Dissolution and Separation Bill, which seeks to make the divorce process less acrimonious. A date has yet to be announced for the bill’s report stage and third reading in the Commons.

Buckland also takes over as the MoJ follows up on the commitments made in the legal support action plan drawn up following the review of the Legal Aid, Sentencing and Punishment of Offenders Act.

Buckland was called to the bar in 1991 and practised in Wales. As solicitor-general between 2014 and 2019, he helped promote and coordinate lawyers’ voluntary efforts, telling the Gazette that pro bono was no substitute for legal aid.