The immediate past president of the Law Society is among over 130 lawyers and campaigners to add their names to a letter calling for wider action after a judge was condemned for employing ‘obsolescent concepts’ on consent in a family case.

Christina Blacklaws, who made gender equality a key priority during her tenure at Chancery Lane, is one of several prominent signatories to the letter that has been sent to the lord chancellor, Robert Buckland, and president of the family division, Sir Andrew McFarlane. 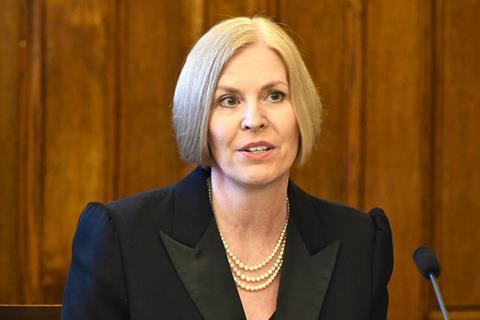 Blacklaws: one of several prominent signatories to the letter

The letter, revealed by the Gazette earlier this month, was penned after the High Court ruled that His Honour Judge Tolson’s judgment following a fact-finding trial in proceedings for child arrangement orders was 'so flawed as to require a retrial'. The judgment attracted national media coverage.

The High Court judgment stated that the family division president will be asking the Judicial College to train judges who might hear cases involving serious sexual assault allegations in family proceedings based on training already provided to criminal judges.

However, the letter says training alone is not enough. The lawyers and campaigners call for immediate action to appoint appropriately trained domestic abuse champions in every family court, and rigorous training for all family judges on the appropriate approach to take when considering domestic abuse and serious sexual assault allegations. Specific training should be given on how alleged perpetrators and trauma victims often present when giving evidence, the meaning of consent and free will, and how to identify all forms of abuse.

Last year the Ministry of Justice issued a call for evidence on how the family courts protect children and parents in cases of domestic abuse and other serious offences. More than 1,200 individuals and organisations responded. The ministry says the report will be published ‘in due course’.

McFarlane is conducting a transparency review in the family courts. His review is focusing on whether the line is correctly drawn between the need for confidentiality for the parties and children subject of proceedings, and the need for public confidence in the work that the courts undertake on behalf of the state and society. His call for evidence closes on 2 March.