New justice secretary Dominic Raab has pledged to safeguard judicial independence after being sworn in as lord chancellor in a ceremony at the Royal Courts of Justice yesterday. 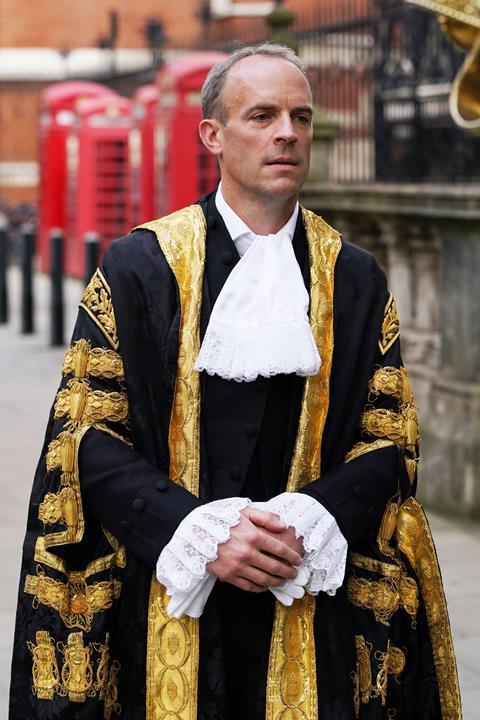 Raab arrives at the judge's entrance to the RCJ

Raab, who is also deputy prime minister, said he would use his position to safeguard the independence of the judiciary, supporting 'a clear separation of powers between the three branches of government'.

The justice secretary told the ceremony he was eager to swiftly deliver the government's domestic agenda. Work will include increasing court capacity to lock in the digital lessons learned during the Covid-19 pandemic.

He said: ‘Having all been cooped up for so long, I confess I am restless – determined to build on the rapid innovations that the courts have overseen to help us tackle the impact of coronavirus – not least the rapid roll out of remote technology across the estate to beam people into courtrooms – something that was just a policy proposal when I was courts minister back in 2017.

'This is a real testament to the judges, court staff and those in the legal sector who worked tirelessly to ensure that, while everything else appeared to be grinding to a halt, victims were supported, and criminals were brought to justice.'

The lord chief justice, Lord Burnett of Maldon, told the ceremony that the timing of Raab's appointment was 'exquisite', as it 'comes in the course of the spending review discussions between all the departments and the Treasury. We have confidence in your powers of persuasion and advocacy skills'.