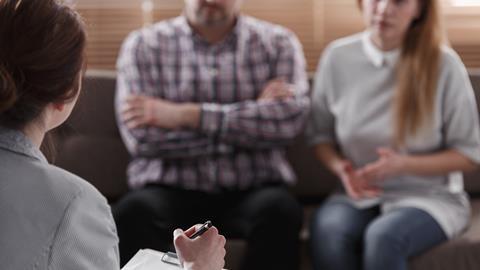 The government has announced it is ploughing more cash into a voucher scheme to keep more family disputes away from court - a priority of the current lord chancellor.

Today’s £1.2m cash injection comes five months after the Ministry of Justice allocated a further £800,000 to the family mediation voucher scheme, which was introduced last March with £1m of initial funding.

The ministry said 4,400 vouchers, which are worth £500 each, have already been used, with 77% of cases reaching full or partial agreement away from court.

On attending a mediation information and assessment meeting, a trained mediator assesses whether the family’s case is suitable for mediation and meets the eligibility requirements. If a case is eligible, the mediator will apply for the voucher and be paid directly once the mediation sessions have concluded.

Family mediation was the government’s flagship solution to the removal of legal aid for most private family law matters in 2013 – however, referrals nosedived.

Today’s government announcement cites research by the Family Mediation Council, which found that half of respondents would not have considered mediation if the voucher wasn’t available.

The voucher scheme was introduced prior to Dominic Raab becoming justice secretary. However, in his first live interview following his appointment, he said too many family law cases were going to court. He has reportedly looked at the possibility of awarding substantial legal costs against parents thought to be clogging up the court system.

Raab said today: ‘I want to see children and their parents spared the stress and conflict of the courtoom as much as possible, and I’m delighted that thousands more will now have the opportunity to resolve their disputes in less combative way. At the same time, it will free up vital capacity in the family courts to ensure the system can recover quickly from the pandemic.’

Law Society president I. Stephanie Boyce welcomed the government's 'continued commitment' to invest in family mediation but called for early legal advice for family law cases to be restored.

Boyce said: 'By restoring early legal advice for family law, fewer cases will go to court. Instead, there will be negotiated settlement, referral to mediation and management of client expectations. Solicitors are best placed to assess all alternative dispute resolution options with their clients, and to keep them out of court where possible and desirable.'