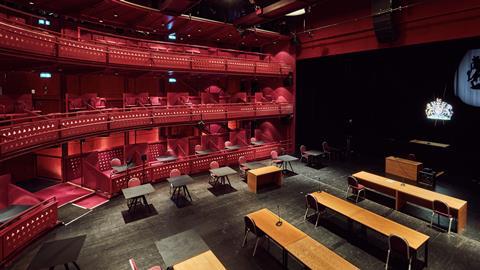 An arts centre and two hotels are the latest venues to be turned into Nightingale courts to help ease pressure on the justice system, the Ministry of Justice has announced today.

The Lowry Theatre in Salford, Jury’s Inn Middlesbrough and the Hilton Hotel in York will begin hearing non-custodial crime cases, as well as civil, family and tribunals work, from next week. Another five venues – in Chester, Liverpool, Bristol, Winchester and Cirencester – will be confirmed in the next few weeks.

Lord chancellor Robert Buckland said: ‘This is yet another important step in our recovery plan thanks to the hard work of everyone working in our system – with the number of outstanding cases in magistrates’ courts now falling as a result of the measures we have introduced. But we must keep going if we are to get our courts back up to speed. These additional 16 courtrooms will further boost our efforts to increase capacity – reducing delays and delivering speedier justice for all.’

The ministry says measures already in place to increase court and tribunal capacity are starting to deliver ‘significant results’.

The department says magistrates’ courts are seeing the number of outstanding cases fall – dealing with around 21,000 cases a week against a pre-Covid baseline of 33,853. Crown courts are currently holding over 100 jury trials, clearing more than 1,700 cases a week. Plexiglass is being introduced to 300 courtrooms and jury deliberation rooms, which will enable 250 Crown courtrooms to open safely for jury trials.

The eight additional Nightingale venues will take the total number of makeshift courts to 17. One of the 10 venues announced by the ministry in July – Hertfordshire Development Centre – closed less than a month after it opened.