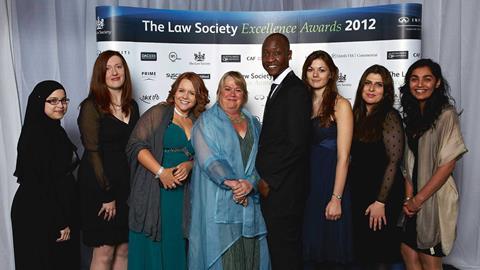 How To: be more diverse

We look at what law firms can do – and are doing – to promote diversity and inclusion.

Diversity has become an increasingly important issue for the legal profession, with many law firms making a point of highlighting initiatives and actions they have undertaken to promote it. However, as all such firms should admit, much remains to be done – and on some diversity counts, progress is, at best, stalled. Janet Legrand, senior partner and chairman of the board of DLA Piper International, told the Gazette last month that firms must work together to reverse declining social mobility (see ‘Firms must increase their “gene pool”’).

‘Lack of diversity is a problem, which is getting worse not better,’ Legrand said. ‘A lot of the leaders of firms today are from working-class backgrounds, but that sense of aspiring and achieving is happening less, which is a systemic issue.’

‘Law firms are big employers of lots of people from a wide geography’, says Quentin Poole, senior partner at UK-headquartered international firm Wragge & Co. ‘We owe it to that geography to give something back.’

Firms regulated by the Solicitors Regulation Authority are required to collect, report and publish workforce diversity data about the make-up of their workforce.

Poole says firms need to ‘look at the bigger picture’. ‘It’s the right thing to do socially, it’s good for business, and it’s an opportunity to attract and retain people,’ he adds.

More than 300 firms, including Wragge & Co, have been looking at the bigger picture by signing up to the Law Society’s flagship diversity initiative. The Diversity and Inclusion Charter was established in 2009 by the Society, BT and the Society of Asian Lawyers to help practices turn their commitment to diversity and inclusion into positive, practical actions for their businesses, staff and clients.

The charter is a public commitment to promote the values of diversity, equality and inclusion throughout their business. Whether it is through recruitment, retention, career progression or training and development, all signatories commit to improving opportunities for people in the legal profession, regardless of their background or circumstances.

The charter is accompanied by a set of protocols designed to help practices fulfil their commitments in several key areas of business, including reporting and monitoring, flexible working and procuring legal services. These protocols are accompanied by checklists, best practice guidance, case studies and toolkits.

Targeting aspiring lawyers early, many believe, is crucial to ensuring future entrants to the profession come from a diverse background.

One particularly active organisation, Future First, helps former state school pupils, including many who have gone on to become solicitors or barristers, get back in touch with their old school (see box, below). Many act as mentors and ‘e-mentors’, work experience providers, career and education role models, and as governors, fundraisers and donors. Current partners of its Back to School programmes include Taylor Wessing, Osborne Clarke, HowardKennedyFsi and Ashurst. And from 12-19 October, hundreds of alumni will return to their old schools to help motivate and inspire students to succeed academically as part of Future First’s Back to School week.

For a number of years Wragge & Co has been working in schools with large black and minority ethnic populations to promote inclusion. It established its ‘Day in the life of a lawyer’ scheme in 2006, historically focusing on students between the ages of 15 and 17. This year it has been targeting students in year 12 from state schools in Birmingham. Students get the opportunity to work at the firm and also have access to skills-based training and a trainee mentor. ‘We’re showing students that the office might be big and shiny on the outside,’ says Poole, ‘but inside the place is full of nice people and it’s not scary.’ This year, the firm has also introduced the opportunity for one student to receive a financial contribution towards their university fees.

Wragge & Co’s dedication to diversity has won it several accolades, including the Law Society Award for Excellence in Equality and Diversity in 2010.

Its initiatives include having a network of disability champions, bespoke working policies, and prayer contemplation rooms in its London and Birmingham offices.

The firm has a lesbian, gay, bisexual and transgender (LGBT) network, which has been running for two years, and became a member of Stonewall in 2010/11. ‘When it comes to LGBT, we feel like we’re amateurs,’ says Poole. ‘We’re not world experts on how to initiate best practice for our LGBT community so we became a member of Stonewall, which could help us and give us guidance.’ Since joining, the firm has climbed up Stonewall’s rankings by 54 places to 262. ‘We still have a long way to go but we’re making progress,’ says Poole. ‘Stonewall has given us help with best practice and yardsticks to measure against, rather than us just have the attitude “we think we’re doing OK but we’re not really sure”,’ he adds.

Barrister Louise O’Callaghan signed up with state school alumni programme Future First in 2010 to offer support to the younger generation in state schools at a time when they are considering their career options.

‘It’s important that people who have succeeded give back to their former schools and say “we’ve done it, you can do it too”,’ she says.

O’Callaghan was raised by her father on a council estate in Hackney. She studied law with politics (and geology) at Keele University, graduating with an LLB in 2005.

At Northumbria University she undertook a one-year Bar Vocational Course. After graduating in 2006, she joined Shell’s contracting and procurement department, and in 2008 was offered a pupillage at Hardwicke, Lincoln’s Inn. She currently works at One Essex Court, Temple.

O’Callaghan believes speaking to GCSE and A-level students helps to inspire those interested in careers such as law. ‘It added fuel to their already burning fires to pursue something – all they needed was a push in the right direction,’ she says.

O’Callaghan believes it is vital that barristers, solicitors and judges are representative of society. ‘If you think about what the legal profession is doing, it is, in the course of its job, creating law,’ she says.

‘If that’s only coming from one portion of the population, such as those with privileged backgrounds, or those who went to private school or the top universities, it’s a very narrow perspective coming to the law. That is not to say it’s not a valid perspective, but narrow nonetheless.’

She adds: ‘When you are doing something as important as representing people from a wide range of society in legal matters that will have a huge impact on their lives, it’s very important that we have people from a diverse range of backgrounds where possible.’

Unconscious bias training was introduced at commercial firm Herbert Smith Freehills after its executive commissioned a gender report, which was produced by a group of partners, to look at how the firm could increase the number of women in partnership.

The training, which is mandatory for all partners, includes a two-and-a-half-hour workshop focusing on the science of unconscious bias and how the brain works; examples of bias taken from the gender report and other research evidence; examples of proven actions one can take to reduce bias; followed by action planning by partners. ‘Subtle changes in behaviour can make the firm more inclusive,’ says HSF’s head of diversity and inclusion David Shields. ‘For instance, being more aware of who partners delegate work to.’

‘Partners were appointed in a different era’, says Poole. ‘The world has moved on a lot but it takes time to catch up. We’ve got to work harder to create the best possible opportunities for women to come forward.’

The percentage of women in the partnership at Wragge & Co is currently 19%, and three out of 10 on the management board are women. More than 31% of staff at the firm work flexibly. ‘If firms do not open their eyes to the 50% of people who are women, then they are mad,’ Poole says. ‘Firms have got to get into the real world because it is in the business interests of the firm, as well as being the right thing to do.’

The Law Society, as part of its support for National Work-Life Balance Week last month, has been offering a free and interactive webinar (in partnership with Working Families) on flexible working and its benefits.

Providing flexible working, Scott-Moncrieff adds, ‘can allow both men and women to take care of children or elderly relatives, or observe religious and cultural holidays, as well as meet the practical needs of employees with disabilities’.

What effect the SRA requirement to collect, report and publish workforce diversity data annually will have on the profession will be interesting to analyse. The regulator will take a snapshot of the aggregated data across all firms in February 2014. ‘We would encourage firms to use the data to inform their equality and diversity work,’ the SRA says. ‘The monitoring should not be used as a standalone exercise just done for the sake of compliance.’

While lawyers admit more work needs to be done to encourage and promote diversity and inclusion across the profession, the signs are, at least, promising.