How To: become a consultant

The Gazette explains how to plan a move from law firm partner to consultant.

The one constant theme in moving from partner to consultant is that no two such transitions are the same. But what is clear is that planning well in advance, in terms of succession planning, transferring clients and finding a niche that works for both the individual and the firm, can make the changeover smoother.

Key questions you should consider when negotiating a new role and status as a consultant include what model will work best for you in terms of remuneration and working patterns; what other interests you want to combine it with; and how you can build up extra skills in preparation.

The age at which a partner may consider consultancy varies widely, depending on their presence in the market and where their interests take them.

While some continue as partners into their sixties and even seventies, others ‘retire’ in their fifties. Some firms set a retirement age in their membership or partnership deeds – although partners are now protected under the Equality Act legislation. This sets the test that retirement has to be justifiable as a ‘proportionate means of achieving a legitimate aim’, such as succession planning.

Others choose to retire early because, having worked full on for 20 or 30 years, they want to carve out some time to broaden their horizons professionally and personally.

Nicholas Dobson is a part-time consultant with Freeth Cartwright, specialising in local authority law and governance. He is also a regular Gazette contributor and communications officer for Lawyers in Local Government. ‘In the old days,’ he says, ‘being a partner could be quite nice – you did all the high-end work and schmoozed clients on the golf course, while your solicitors and legal executives did the hard work.

‘Nowadays partners are under a lot of pressure. You are expected to do x amount of chargeable hours and put in y amount of investment time on top of that to promote the firm. This is fine for many years, but it is then nice to move to a less prominent role – where there is less glory, but perhaps less death!’

However, he warns the term ‘consultant’ covers a ‘multitude of virtues and a multitude of sins’ and needs careful planning on both sides for it to work.

The transition from partnership is a particular interest of Paul Newdick who is chair of the solicitors’ pro bono group LawWorks. He has pioneered LawWorks’ new Fellowship Programme, which helps partners prepare for life post-practice.

He also has first-hand experience of the transition, after becoming a consultant last year. He was previously an employment partner at Clyde & Co. Last month he was appointed an honorary QC in recognition of his work and leadership in the pro bono arena.

Now 55, Newdick started thinking about retiring as a partner five years ago, after a very intense period combining his fee-earning work and general partner responsibilities, with a place on the firm’s management board and chairing LawWorks.

He had always planned to carve out time for pro bono projects outside the firm and some creative outlets, and now works for the firm three days a week as an employed consultant.

He identifies two primary models: one where the consultant keeps a client-facing role, and the other where they add something to the running of the firm in an internal capacity. He chose the latter option.

‘It is a nerve-wracking period planning financially whether you can manage it,’ he warns. ‘I also felt quite institutionalised after being at the firm so long. It would have been hard just to stop one day, so a gradual phased exit was more appealing than I thought it would be.’

The first thing to consider is what value you can bring to the firm, Newdick advises. ‘A lot of partners assume that, because they have a wealth of experience, they can move to a consultancy role almost as a right when they want to slow down,’ he says. ‘But it only works if you have a very clearly defined role. You also need to be realistic about what you expect in terms of remuneration – I think some have an inflated view of their own worth.’

He took heed of his own advice and looked at what he could offer his firm, ‘and that has to be more than just knowing the place inside out’, he stresses.

‘I didn’t want to major on CSR because I was going to do it anyway. However, I felt I could add value advising on employment and HR issues. The firm would otherwise have had to get this from someone in the already very busy employment department, or go outside the firm. I also wanted to look at some progressive developments in areas such as diversity, which links in to my CSR role as chair of the firm’s Community Council.’

The firm’s membership deeds set down an age when most partners would normally think about retiring but it is ‘very much guidance, as oppose to diktat’, he says. ‘However we do have specific discussions about succession planning and client handover at least three years before that date.’

What is important is that consultancies are properly managed and based on a rational business decision, says Tony Williams, principal of Jomati consultants. ‘Otherwise a firm could end up with high cost for no return. You have to be careful it isn’t almost a golden parachute but, subject to that, they can work very well.’

He says arrangements typically last between two and five years. While some are more of a sinecure, others are pretty full on. ‘It may just be a quiet way to shuffle someone out of the door, while others are highly valued for their experience, clients and contacts, and can play an important ambassadorial role,’ he says.

There are several different models in terms of remuneration. Some partnership deeds have a category of consultant partner, while other firms favour an employed model. Other options include ‘eat what you kill’, a flat consultancy fee or a mixture of a retainer plus a percentage of what is billed. Some set up their own companies and work effectively as independent contractors.

The tax structure is important, says Newdick, because the Revenue can be ‘quite tricky’. ‘We use an employed model,’ he says. ‘It seems bizarre to a layman that the moment someone who has been self-employed through most of their professional life as a partner moves towards something more flexible, they become an employee.

‘But the Revenue is not keen on former partners becoming self-employed consultants. Generally, you either have to be employed or form your own company through which you offer your services.’

The role can also be combined with wide-ranging interests, as can be seen from just three examples at Eversheds: former regional senior partner Ronald Bradbeer, who heads ADR for the firm worldwide, regularly mediates in high-value cases. John Bennett, an expert in public sector contracting, combines his role with working part-time at York University, where he has developed a Master’s course in International Corporate and Commercial Law.

Dr Irena Edwards, who developed the firm’s presence in central and eastern Europe, combines her role supporting the firm’s international leadership team with serving on UK-based commercial, governmental and City of London bodies and committees.

The key is to think ahead, according to Eversheds’ head of HR Helen Finney and head of finance-tax James Clifford.

‘Partners tend to be very focused on their clients and sometimes don’t pay enough attention to their own affairs,’ Clifford says, ‘so we offer partners the opportunity to talk to an independent financial adviser about their retirement and investment options when they reach 50.’

The firm’s consultants act on a variety of models. Some are employed; others are external contractors and invoice the firm through a limited liability company. A ‘handful’ consider themselves self-employed and work for several people, invoicing the firm on a monthly basis.

‘We are in an industry where straightforward retirement is less than the norm,’ says Finney. ‘I am seeing more wanting to branch out into other things. Taking on a non-executive directorship (NED) is becoming more common. 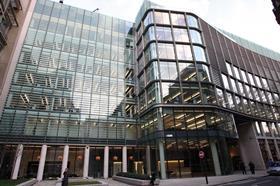 ‘As a profession, lawyers’ roles have shifted so they perform more as a trusted adviser working in partnership with their clients, which has both encouraged our partners to want to do this and created a demand for them.’

That chimes with what Newdick describes as a ‘growing phenomenon’ of former partners wanting to combine a consultant role with non-executive directorships.

‘This is an area where the Fellowship Programme can help,’ he says. ‘It provides opportunities for partners to gain governance experience by sitting on boards of charities and schools while still in practice. So, if they have an eye on having a portfolio career with a few NED roles, they have a realistic chance of getting them.’

However, he has been surprised by the lack of confidence among even well-established partners about taking on new roles. ‘But, with a bit of hand-holding and the right opportunities,’ he says, ‘they can not only give something back but also develop the skills to take on new challenges.’

Where firms get ‘twitchy’, he says, is if a consultant is also offering services to a rival. Clifford agrees: ‘We generally say to our new consultants they are free to work for whoever they want, within reason. So if we have an agreement with someone to do piece of work for us, but they are also working for a competitor, we want them to talk to us beforehand.’

As law firms change both their structures and ownership models, consultancy arrangements may become more common.

‘It will become more appropriate for partners to become consultants and retain their income stream over an agreed timescale,’ believes Viv Williams, chief executive of 360 Legal Group.

‘We must acknowledge that we have too many law firms and too many partners for this to be sustainable in the medium term, and new structures will differentiate between ownership (shareholders) and management. Consultants could retain a shareholding in the practice without the day-to-day responsibilities of a partner/owner.’

All agree that arrangements should be reviewed regularly. ‘We review ours annually,’ says Newdick. ‘I have to show I am worth having and the firm still has to want me. That is how it ought to be. There shouldn’t be any level of expectation that you are entitled to this role.’