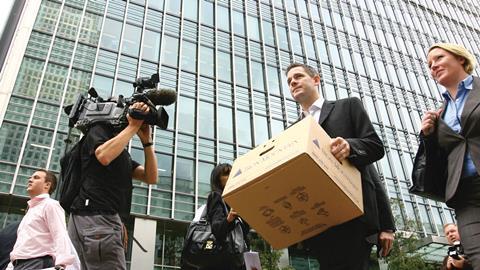 How to: make fewer mistakes

Robert Hunter, head of fraud and trust litigation at at Herbert Smith Freehills, recently sent me a promising-sounding paper with the working title: ‘Why do clever lawyers do foolish things?’ I was intrigued. Hunter is intelligent, credible – and as successful in pro bono work for ordinary victims of fraud as he is in actions for City institutions. Definitely worth a look.

Essentially, the paper is about decision-making in law.

Summarising points from the paper that might start a debate is challenging, as Hunter is both very broad and deep in his source material. Complex lessons are drawn from decision-making processes that led, for example, to military errors. These segue into points on probability, business tools and psychotherapy.

There is no doubting the relevance of Hunter’s premise. As a lawyer who has built his reputation on fraud litigation and tracing assets, he has seen up close the results of poor judgement or decision-making by fellow lawyers.

Hunter’s conclusion is this: lawyers tend to rely most heavily on logical, learned information – termed the ‘rational analytical system’. They are suspicious of intuition or following their ‘gut’ – the ‘experiential system’.

Helpfully, for the non-psychologists among us, Hunter uses a Star Trek analogy, noting: ‘Spock has “reasons” but Kirk just “knows”.’

With latent professional negligence actions in mind, lawyers understandably tot up the pros and cons like a checklist. Then they steer themselves, or clients, towards the course of action with the highest score.

In a long career spent unpicking frauds, Hunter’s experience has been that unwitting lawyer errors involving a heavy reliance on a rational analytical system were often a root cause.

Looking at research completed into firefighters and the military, Hunter notes that better decisions were made when ‘sequential logic’ (considering all the options by totting up the pros and cons) was replaced with ‘hyper-vigilant’ decision-making (decisions made under extreme stress when not all alternatives were considered).

Hyper-vigilant decisions involved ‘pattern recognition’,  which is what what we mean by ‘intuition’.

Psychologist Dr Robert Sharpe, who has worked with international and City law firms for 25 years, has examined the proposition as expressed by Hunter. Sharpe says the ‘analysis is perfect’, and judges Hunter ‘a natural psychologist’.

‘There is a distinction between getting things right and doing the right thing,’ Sharpe explains. His principal example is used by other people who concur with all or part of Hunter’s argument: ‘If you want an example of the “biggie” in recent years, it’s the global financial meltdown.’ As bad debt was bundled into new financial products ‘everyone was doing things right’, he observes, ‘especially the lawyers’. But they were not doing the ‘right things’.

‘Hunch’ is, of course, the wrong word. ‘Intuition’ is also misplaced. ‘Intuition is of no value if it is rigidly followed,’ Hunter says. ‘Intuition can sometimes even be dangerous, because it can apply to the process of decision-making as well as the decision itself. For example, there is a “cohort” effect that people feel in meetings sometimes described as “groupthink”, which suggests to them that if everybody agrees on something, they should do so too.’

Mention of ‘intuition’ also draws sceptical comments from others. ‘Are lawyers’ decision-making skills lacking – as a general rule – because they rely too much on narrow analysis and too little on “intuition”? I’m sceptical of that proposition,’ David Morley, global senior partner of Allen & Overy, tells me. ‘Decisions made on “gut feel” under pressure don’t always turn out to be right. But if intuitive decision-making is your preferred style, you will probably feel happier with a decision made using predominantly that style. Also, I’m not sure I would necessarily accept that intuitive decisions are generally better than analytical ones or vice versa.’

Academic David Howarth, author of Law as Engineering also has strong views on how lawyers failed in the financial crisis. He has a differently nuanced view on what happens to decision-making under pressure. Howarth says: ‘On the whole the evidence from [Daniel] Kahneman’s psychological experiments is that “fast” thinking tends to be inaccurate but it’s usually good enough to get by and the effort required to make it accurate by engaging in “slow” thinking is often simply too much to make it worthwhile.’

Morley notes that ‘intuition’ does have its place. ‘It’s probably… true that the bigger the decision, the more you have to rely on intuition,’ he explains. ‘The analysis or data simply becomes too overwhelming or inconclusive to guide you to the answer.’

It is on the issue of ‘patterns’ that Morley and Hunter concur, at least to a degree. ‘It is probably true

that decisions tend to become more intuitive with experience and knowledge,’ Morley notes. ‘You simply get better at recognising similar fact patterns, predicting likely reactions of other players or assessing familiar situations. In effect, the mind creates shortcuts when in familiar territory.’

‘Obviously, lawyers must know the law,’ Hunter says. ‘But very few senior lawyers outperform junior ones because they consciously “remember more” about the subject matter of their specialism. The real difference comes with experienced judgement or insight.’

Have the people who contributed to this article simply arrived at a compatible position by ditching the same baggage, but ditching it in different ways? Not quite. Howarth places a different emphasis on what can ‘go wrong’ with decision-making.

Referencing cases ‘in which lawyers put forward unconvincing technical defences for helping clients carry out dodgy transactions’, Howarth notes: ‘I doubt whether this has anything much to do with intuition, trained or otherwise, about the law. It seems to me to be mainly about self-deception, about identifying too much with the client’s goals and not caring about the effects on the wider society of pursuing those goals.’

The error is that lawyers serve ‘a system of legal ethics that starts with a litigation model not with a transactional model, and which is too weak on the issue of a lawyer’s obligations to the public at large, especially when the public interest conflicts with the client’s interest’.

Howarth’s views are controversial to many, though he does not make an unprompted comparison between the mindset of lawyers and psychopaths. Sharpe and Morley both do. ‘Someone with no emotional response is probably psychopathic,’ Morley remarks. Sharpe notes that bankers and lawyers can share a key characteristic with psychopaths in that ‘psychopaths learn to play by rules. There is a problem with that sort of personality trait’.

Hunter’s argument that ‘verbal reasoning can be distortive’ will divide opinion – essentially, he says, ‘all lawyers know that how one frames a problem has a major influence on how one identifies its solution’. Sharpe sees the point, noting: ‘Sometimes you get to the nub of a situation by accepting the limitations on verbal expression.’

A debate on the value of verbal reasoning could run and run. A more productive discussion is on ways that stronger self-knowledge might result in lawyers becoming more deft at making decisions that draw on their experience.

Asked about the best course of action for a managing partner who wants to improve their lawyers’ quality of decision-making, Sharpe has some clear advice. ‘One thing you don’t do is randomly send in “insight consultants” to do exercises in expanding everyone’s horizons. And you don’t sit lawyers in a workshop about blue-sky thinking.’

‘You have to ground it in what they do,’ Sharpe adds. ‘Say, “don’t stop what you’re doing, this is something like an additive that helps. We’re learning to use something that is already in your head. We’re going to introduce things you already have.’

Reflection is key, Hunter notes, as it improves the ability to see patterns and respond correctly. ‘Experts mull over mistakes to see what they could have done better,’ he says. ‘In my experience, the best lawyers are constantly self-critical.  Mistakes leave scars that they revisit repeatedly.’

Sharpe adds that lawyers should be encouraged to do ‘a debrief exercise’. This is ‘something one does oneself every day,’ he explains. ‘Go through all the clever stuff you did today. Ask – how did I do it? You can’t leave the exercise until you decide. It comes down to how you used your “hunch”. This is like learning to read a balance sheet. A balance sheet isn’t just the numbers. It has subtleties. Reading the figures and comprehending them are different things.’

That may not sound terribly radical, but the obstacles to improving decision-making in this way should not be underestimated, Sharpe points out: ‘When you bring this stuff into play, you need to “walk the walk” as well as “talk the talk”. This is important, because law, like many professions, is based on fear of failure. You need to establish a non-punitive culture – a culture where people know they are not in peril.’ That, Hunter says, is particularly important as: ‘My experience is that the legal profession can have a very low resistance to groupthink.’

There is one final challenge in Hunter’s thesis. He advocates a change in the way law firms operate  – and therefore also how firms set about training and developing more junior lawyers. He is critical of ‘a tendency in law to equate legal skills with the acquisition of conscious knowledge of the latest cases and statutes’.

On training, Hunter asks: ‘Why are the most experienced lawyers in many firms not engaged in coaching and educating inexperienced

ones? Part of the problem is the hierarchical nature of the legal profession.’ Associates, he notes, can be reluctant to trouble senior lawyers with questions that might give them insight: ‘Equally, there has traditionally been far greater cachet in fee-earning than there is in, for example, coaching newly qualified staff.’

He draws a contrast with medicine, where ‘it is seen as a necessary and valuable part of senior doctors’ and consultants’ jobs that they should seek to transmit their experience to junior staff… the legal profession… would do well to have an eye to this model’.

The consensus is that lawyers need to move away from complacency, and towards: self-knowledge; collegiality; tolerance of dissent; and an unwillingness to rely solely on a lawyer’s ability to complete clever yet narrow cognitive tasks using skills they necessarily rely on at the start of their careers. That, he contends, leads to better decision-making – it is a debate worth having.