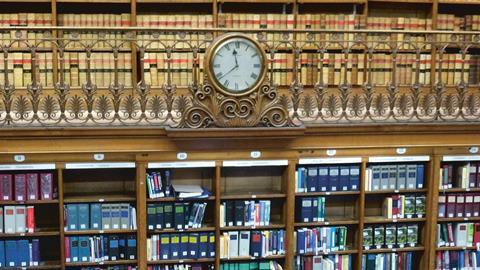 How To: write a law book

How easy is it to gain the kudos that accrues from writing a law book? We talk to authors and publishers.

One of the great joys of ‘last day of school’ is packing away all those dense, heavy tomes that cluttered one’s desk for months, if not years. Such euphoria is a fleeting moment for lawyers, who have to stay up to date with the law as it changes and evolves. On top of that, all solicitors and registered European lawyers in legal practice or employment must comply with the Solicitors Regulation Authority’s continuing professional development requirements.

So what inspires a solicitor to write a law book? And how easy is it?

The most important questions to ask yourself are: what do I want to write about, and why?

‘There is little point in writing a book simply stating what the law says,’ advises Vernon Dennis, head of corporate restructuring at HowardKennedyFsi.

‘A book will remain of value where the author seeks to explain “why” the law has reached a certain state of development, what interpretations can be provided on existing law, and what trends and possible future developments are likely,’ he says.

Anthony Edwards, senior partner at TV Edwards, has written several books in the field of criminal law, such as Advising a Suspect in the Police Station, Fixed Fees in the Criminal Courts and Blackstone’s Magistrates’ Court Handbook.

‘I write books that I think will be valuable for me,’ he says. ‘That’s the test – will this book help me? Quite a lot of the time I’m pulling it off the shelf and having a look, because that’s why I wrote it.’

Edwards’ first book, Standard Fees in the Magistrates’ Court, was the result of a course he was giving. ‘People were very upset about going from hourly rates to standard fees,’ he recalls. ‘I was asked to go round the country showing them that it needn’t be as bad as they all thought it was going to be. I had actually negotiated a pay increase within the standard fee scheme because I was on the Law Society negotiating panel.

‘The Treasury didn’t mind paying more money because fixed fees give them control,’ he adds. ‘If you don’t work the scheme well, you’ll lose money. But if you work it properly, there was a pay increase in there.’

The A4 book, Edwards says, was relatively easy to write since he had been involved in the negotiations. From this grew Fixed Fees in the Criminal Courts, ‘because now we have fixed fees in the magistrates’ court, which is what [Standard Fees] was about, but also in the police station and in the Crown courts’.

Jo Summers, founding partner of PWT Advice, had noticed a gap in the market ‘for a particular section – a tax book not for tax practitioners but for overseas trustees, giving them guidance on what kind of things they might need to know for their clients in the UK’.

The author of The Offshore Trustees’ UK Tax Handbook, recalls: ‘I’d done a lot of work with overseas trustees. I was seeing from different places the same questions coming to me as a solicitor, and thinking there was nowhere these were all answered.’

Alison Matthews, of regulatory compliance consultancy Alison Matthews Consulting, wrote the Anti-Money Laundering Toolkit (Law Society Publishing). She recalls: ’I was on the train down from London and looking at outcome 7.5 in the [SRA code of conduct] which talks about your obligation to comply with money laundering legislation and data protection legislation. I looked at that and thought “well, if we’re doing a toolkit for one, we should be doing a toolkit for the other”.’ The Data Protection Toolkit is due out in May.

‘I find the hardest step is getting the very first thing down on paper, whether that is the first page, chapter or the first section on a particular topic,’ Dennis says.

‘I have, however, learnt from experience that it is better to write something down than agonise over getting it just right on the first attempt. Through a series of many, many drafts the book will emerge and then develop organically through the process of additional research to check or find authorities for propositions put forward in the book.’

Dennis sets himself strict deadlines for each section of a book. ‘Writing a legal book is a never-ending task,’ he says. ‘The law is always developing and changes constantly need to be made. The saying that “a book is never finished, it is abandoned” absolutely rings true.’

Being knowledgeable enough to write a book is important, but one must not become complacent.

‘Definitely get someone else to check your work, even if it’s somebody who doesn’t know anything about the topic – just in case you’ve done something really dumb like miss the word “not” out somewhere which is quite important. The difference between “is taxable” and “is not taxable” is quite a large one, for instance.’

‘The other benefit is an editor who is not a lawyer,’ adds Edwards. ‘If you write a sentence that is gobbledygook – and lawyers are very good at writing sentences like that – they will tell you. They also proofread – because if you’ve written the book you’ll never spot the error, you assume it says what you thought it was going to say. Good editors are worth their weight in gold.’

The process starts with the commissioning of the project. We have a team of three experienced commissioning editors whose role is to proactively research the market, monitor developments, speak to practitioners across a range of practice areas and assess what is likely to be of most interest to them over the coming months. Using this information they will develop commercially viable proposals and identify and approach potential authors using their network of contacts. The majority of titles that we publish originate in this way. We are also delighted to receive unsolicited proposals but would-be authors should give careful consideration to the gap in the market that their work will address and who will comprise the potential audience.

Once we have an agreement in principle with our author, there is discussion around the contractual arrangements – most importantly how long the book is going to be, how long it’s going to take them to write and how much they’ll receive from it. Typically we pay our authors a royalty, which is a percentage of the sales income that we receive. Once the terms are agreed, the author will set to work on the writing. This can take anything from a few weeks in the case of a commentary on a new piece of legislation, to a year or more for a larger handbook-type publication. Writing a legal book can be a major commitment in terms of time but is an excellent way of promoting you or your firm’s expertise to peers and potential clients. We keep in regular  contact during the writing process and ask to see draft material as the author completes it to check that the book is coming along in the way we would expect. Providing feedback at this stage helps to ensure that the completed text conforms to the original brief.

Once the author submits their final manuscript – usually as a word file – the process of sub-editing it begins. We will spend a couple of weeks on this checking that the text reads well, headings follow a logical structure and that the spelling and grammar are correct. The text will then be typeset, which takes another couple of weeks and proofs are sent to the author to check. Any queries we may have picked up during the editing can be resolved at this point. The text is thoroughly proofread and the other elements of the book – index, and tables of cases and statutes – are compiled. After final corrections have been made the book goes off to print. The production process takes three to four months after submission of manuscript, although it can be quicker if the subject matter is particularly time-sensitive or we want to beat a competitor to market.

There are a number of factors that will affect the pricing of a book:

1. The market that its aimed at: A book aimed at trainees or legal aid practitioners will tend to be priced at a lower level than one that is aimed at lawyers working in banking or financial law, where the cost of the publication will be relatively low compared with the value of the transactions involved.

2. Competition: Our pricing strategy is to provide good value compared to the very large legal publishers without undervaluing our products.

3. How specialist the subject matter is: In general the more specialist the information is, the more of a premium you put on the content. The highest priced book in our list – Entertainment Law Handbook – costs over £140 as it covers a fairly niche area of practice, but most of our titles are priced in the £40-£50 range.

4. The costs of production and the projected sales.

Ultimately we’re here for two reasons, to inform the profession and produce a commercial return for the Law Society to fund its representational activities.

With the rising popularity of e-books, what does the digital age mean for the writing and publishing of law books?

‘Mine is a dying generation. All the young lawyers here read on their mobile phones, laptops and tablets,’ says Edwards. But, he warns: ‘The danger of writing digitally is it can become more and more unmanageable. Even in a written text, you need every third time to say, “What can we take out? This is too long”.’

While law books are available in electronic format, this has not, so far, signalled the slow death of print.

‘Our reading of the situation at the moment is there’s interest in the digital side, but it tends to be additional to what would have been there for the paper side,’ says Brian Hill, publisher at Wildy, Simmonds & Hill Publishing (part of Wildy & Sons). ‘We’re not seeing people buying “electronic” instead, it’s always as well.’

Writing a law book may seem like a daunting experience, but it is also a rewarding one.

‘The problem with tax books is that they get out of date so quickly, so there are bits in the book that could do with being updated or bits not in there because they’re more recent,’ Summers notes.

‘But I had a trust company recently say they are setting chapters of my book as homework for their staff to read. So it’s good to know that, even though it’s not the most up to date, it’s still being useful.’

Around 40% of book proposals at Wildy’s arrive unsolicited. The proposals are discussed by its publishing committee and a decision normally taken within a month of receiving them. At present, barristers outnumber solicitors as authors at Wildy’s, but Hill would like to see more solicitors pick up their pens. ‘Solicitors tend to do it where they’re a bit more senior and have a bit more discretionary time,’ he says.

‘But if you’ve got something you want to write about and can put together a good plan and give up your weekends until it’s done, it becomes not so much of a struggle,’ he advises. ‘There isn’t a huge amount of money for authors from law books. But it can reflect well on their firm and be used as a promotional tool.’

‘It’s a really good thing to do, if for no other reason than consolidating your own knowledge,’ Summers concludes. ‘And it’s fun.’