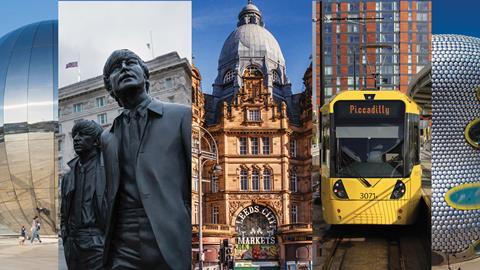 There is no rule book on how regional law societies should deal with a pandemic. So when members looked to the profession’s local leaders for support, how did they respond? Eduardo Reyes finds out

This is not, we reflect, the ideal way to do things. A virtual roundtable discussion, if it is to avoid descending in to chaos, needs particularly strict chairing – subtle gestures indicating an urgent need to speak are not an option, and for all that we are sitting in our homes and dressed casually, there is a formality to being called upon in turn.

But this is a group of people who are pleased to see one another. The ‘Joint V’ is the quarterly informal meeting of the largest regional law societies – Birmingham, Bristol, Leeds, Liverpool and Manchester.

We begin with Manchester Law Society’s president Matt Taylor. ‘When Covid-19 hit and we hit the lockdown in March, there were two things that happened from a local law society perspective,’ Taylor recalls. ‘First of all, we took steps just to make sure that as a local law society we had our house in order, and we thought about our own structures, how we could work remotely, and how we could continue to facilitate and provide services to our members when the society itself was in a state of lockdown.’ 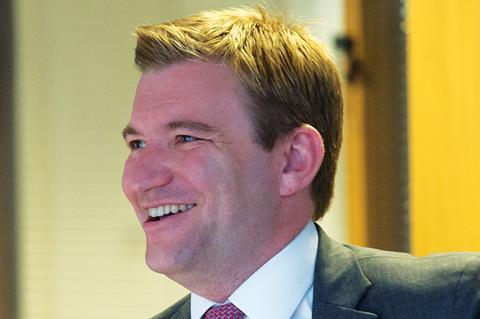 In addition, the society contacted members to understand what they needed, ‘both in the immediate short-term when the lockdown was put upon us all, and then the medium [to] long-term’.

In Birmingham, incoming vice president Stephanie Perraton says, the society’s officers also contacted all members, and quickly set up a Covid-19 page on its website, which is updated weekly. Among its purposes is to signpost members to information they need. ‘There were some firms that were not ready for remote working,’ she says, ‘so we were able to direct them to partners that we work with in the IT sector that could assist them. The Covid-19 page also provided assistance to real estate [lawyers] and some of the sectors that were going to be badly affected by Covid-19.’

In common with Manchester, Birmingham also set out to share best practice ideas provided by members. The society’s e-bulletin to members began a weekly schedule. A Zoom meeting of the region’s managing partners was also a chance for each to benchmark and sense check their decisions.

‘They were able to join in and give ideas about what was happening: whether staff had been furloughed, the concerns behind furlough, whether staff wanted to be furloughed, so all the things that were of concern to member firms,’ Perraton says.

‘With local law societies,’ Bristol president Ben Holt notes, ‘you organise social meet-ups, education.’ Replicating the benefits of that is a challenge, he says, whereas ‘the representational side is fine, that can carry on pretty much as was… responding to consultations and liaising with people, the [national] Law Society and the SRA’.

Training and meetings have shifted online, including an online meeting every four weeks for managing partners, which has averaged 20 attendees. But with the loss of traditional full-day physical conferences, Holt adds, the society is also having to think about how it provides value-for-money for sponsors. Several comment that ‘being there’ for members has meant providing services for free just as their own society’s income is hit. 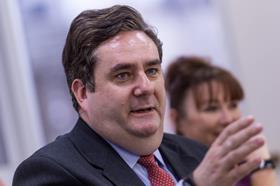 Leeds recognised it ‘had Covid-19 constituencies’. That meant thinking about how to focus on individuals as well as law firms.

‘We’ve given redundancy and furlough  advice to individual solicitors,’ Emmerson says. ‘We made it very clear that if people are made redundant, even if they’re on corporate memberships or individual memberships, that they can remain a member of the society for free for a year, because we’re very conscious that people are going to go through quite a difficult time.’

Leeds has also been advising firms on the furlough scheme, and the government grant and loan schemes available.

Liverpool president Julie O’Hare relates a similar pattern of updating members via online resources and e-bulletin. The society, she adds, had always attracted national speakers it its events, and this has carried on through virtual events. In common with other law societies, she says, Liverpool has been very aware that lockdown has hit trainee and junior lawyers especially hard.

‘Liverpool is very fortunate to have a really strong Junior Lawyers Division,’ she notes. ‘They have been engaging a lot with their members during lockdown and trying to do social networking online. So we’re going to now try and engage with them to help them with training issues, because it is very difficult.’

Keeping structures, meetings and events going through virtual means has allowed these regional law societies to identify issues where representation is required to help members. The position of the courts is a case in point.

‘There was a serious issue with Birmingham County Court,’ Perraton relates, and from contacts in other regions she knew ‘that some of the courts around the country [were] working much better… They were prepared for e-filing and online virtual hearings. Birmingham not so, and they’ve been cancelling hearings left, right and centre.’ Clients, she adds, ‘are really, really distressed by this’. In Birmingham, court staff had already been made redundant, and for purposes such as social distancing, ‘the court is not Covid-19 friendly’, she adds. 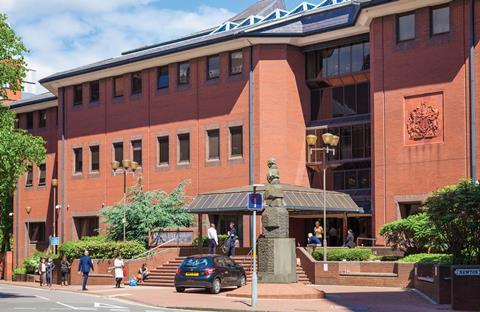 Birmingham Law Society is trying to assist the court by identifying buildings in the city that could be used, but is still waiting on key meetings with the court’s head judge after a previous meeting was cancelled due to lack of resources.

With Liverpool and Manchester just 30 miles apart, the members of each have courts in common, and the societies have worked together on addressing problems in this area.

Liverpool’s O’Hare notes: ‘We’ve been engaging with our local courts a lot more on Covid-focused business issues and operational issues within the court building itself, so that has been really positive, and we’ve [passed] that [on] to our membership… it’s all on our website for anyone who is going to be a court user to see.’

Leeds’ immediate past president Emma Pearmaine highlights a particular problem members and their clients have had with the family courts, which seemed content to outsource their own problems to law firms. 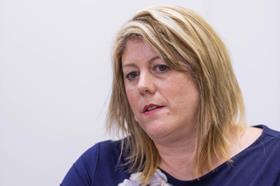 ‘Family solicitors were being put under some pressure to enable clients to join court hearings that were being held by Zoom or other [platforms] at their offices, using their IT. There are a lot of family clients who don’t have their own IT resources,’ Pearmaine adds.

Those firms, though, had shut offices to protect staff and clients. ‘What they felt was happening was that the court were trying to transfer the risk from themselves to the firm, without any consideration as to what it would mean for these firms to make facilities available,’ she says. That included an expectation that such facilities and resources could be provided by firms to vulnerable and disruptive clients for whom, in a court setting, there would have been security to hand.

Pearmaine and colleagues raised the issue in meetings with the courts, and while it is early days, seemed to get the problem acknowledged. ‘The courts said they wouldn’t put any individual solicitor or any firm under pressure,’ she says.

The ‘Joint V’ group is also keen to collect information on and understand how members’ firms are being affected as businesses. Traditional high street firms face a particular set of challenges. In the Leeds area, Pearmaine says, these firms had 30%-40% of their staff on furlough in the first two months of the scheme.

‘That’s now down to about 10% of staff furloughed,’ she estimates. ‘But I think it’s fair to say that [the same] 10% of staff are now at risk of redundancy, and I think firms are getting their heads round what’s going to happen with that.’

In Birmingham, incoming president Inez Brown says definitive conclusions on the impact of government support for the legal sector are difficult to draw at this stage. But on the furlough scheme she says members relate that ‘they couldn’t have done without it and it’s been a lifeline… They think the government has tried their best and they welcome the part-time furlough scheme as well’. Still, she adds: ‘I know that a number of firms are going to struggle after October when the scheme comes to an end, and I think that’s when we’re going to see many more redundancies.’ 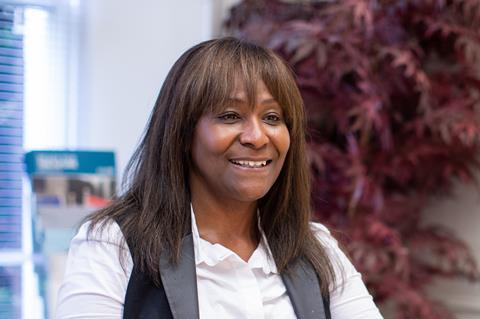 In the Liverpool area, the society’s joint honorary secretary Gaynor Williams says: ‘The feedback has been that the grants [for SMEs], the process of the grants has been very good and very efficient. And with people receiving grants in the first week of lockdown, that’s been a really big help for cash flow for local firms.’

A very prominent impact in every region has been to bring forward changes in firms’ use of technology.

As Manchester’s vice president Paul Johnson observes: ‘People have learnt quickly on their feet as well in terms of… more home working, more flexible working… We [found] in a very short time that it works.’ While l   arger commercial firms were often better set up for remote working, some disciplines find it easier than others, Johnson reflects. For corporate lawyers, the switch has been relatively easy, but commercial property lawyers have more practical difficulties in completing their transactions.

One irony in lockdown has been that experienced lawyers have been able to take better advantage of technology to replicate their usual working lives than have younger ‘digital natives’.

What is difficult, Bristol’s Holt reflects, is replicating the environment whereby ‘nought to four-ish’-year-qualified lawyers are ‘trained by osmosis’.

‘If you’re sat there in an open-plan office, which we mostly are, you learn so much just by being surrounded by other people and overhearing conversations, and that bit we’re missing, and I’m trying to work out the best way of doing it,’ he says.

Holt hopes that including junior lawyers on client calls, even if they have no direct role in a matter, will help.

In Birmingham, Perraton adds that the concern is for the health and wellbeing of junior lawyers.

‘Working remotely,’ she says, ‘we received concerns that junior members of firms were not receiving correct supervision, they were feeling isolated, they don’t have big gardens or a room that they can work in, and they were feeling quite low.’

A big unknown, the group concludes, is the impact on law students and training contract places. Several detect that many firms lack the confidence that they can provide adequate supervision to trainees by remote means only, and that as a result, training contract offers have been deferred or not made at all.

That may, though, be to the benefit of one group – paralegals, who are already integrated with firms, their cultures and lawyers.

Birmingham’s Brown says: ‘What [some] are doing is looking internally at their firms at paralegals and offering them an internal scheme so that they can… find suitable trainees.’