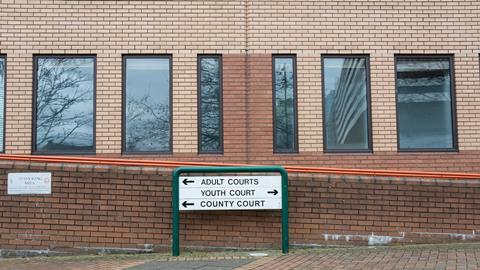 Among lawyers who deal with the county courts, recent comments by master of the rolls Sir Geoffrey Vos raised eyebrows.

Speaking at International Disputes Week last month, Vos enthused over the need to embrace a digital revolution in the courts, and noted that lawyers had ‘a reputation for being slow to accept new ideas’.

Cue outpourings of frustration from litigators who are only too willing to adopt online practices, but are constantly let down by woeful technology at county court level.

Right now, we have two very different worlds in the justice system. In the High Court and above, the ‘CE file’ case management and electronic filing system has been in place for five years or more. It is not perfect, but lawyers find it generally works well, and court staff are on hand to help with things like uploading very large documents. The cost and efficiency savings for solicitors have been significant.

But the county courts are a digital slum in comparison. There is no equivalent of CE file. Documents can be filed by email, but this is riddled with problems. Courts will often refuse to accept electronic documents of a certain size or length – for example in some courts anything longer than 50 pages must be submitted on paper. Meanwhile, simply confirming that the documents have been safely received by the court is a mission in itself.

Some real-life examples of these issues were recently aired in an exchange of county court horror stories on social media. One solicitor described how he had filed an electronic bundle for a costs and case management hearing at a county court. Having clicked send, he received two automated responses. One declared that no bundle would be rejected due to its size. The other informed him that any bundle bigger than 2mb – a very low threshold – would be ‘rejected without further notification’. The hapless lawyer hung on the line for 25 joyless minutes, to eventually be told by court staff that the bundle had not been received. He then spent a further hour breaking the 150-page bundle down into five separate batches, emailing each one separately. At the other end, court staff then had to combine it all again.

This infuriating tale of wasted time and resources will be all too familiar to many, and it is one reason why litigators who have filed a claim in the High Court (using CE file) dread the case being transferred to the county court, where – as one lawyer put it – it is like being sent back to ‘Dickensian times’. Can documents be seamlessly transferred from the High Court to the county court at the click of a button? No. You have to start again from scratch.

County court solicitors also complain of the difficulty in getting hold of court staff to assist them; instead frequently finding themselves referred to an email address rather than a person. And in one recent instance, a solicitor attended a county court hearing only to find that the papers he had filed correctly and on time had not been passed to the judge by court staff. The solicitor’s costs of the hearing were disallowed as a result – despite it not being his fault.

County courts are of course not all badly run, and I have no doubt that most county court staff are as helpful as they can be. But the problem is that these courts are seriously under-resourced, and the current gulf in IT provision compared with other parts of the justice system is unacceptable.

Things could be improved in a relatively straightforward way, however. Solicitor Andrew King, director and owner of Lennons, who recently highlighted some of these issues on social media, makes a number of sensible suggestions. What is needed is an electronic portal through which all claims could be issued and all documents and bundles submitted without exception, he says. All court orders and notices could be issued via the portal or by email. The portal would allow large bundles to be uploaded and electronic filing could be made obligatory for lawyers. Meanwhile, the Civil Procedure Rules should be amended to clearly provide for solicitors to serve and accept documents electronically.

While other parts of the justice system have made advances in technology – be it the slick Rolls Building courts, the High Court or even the low-value personal injury sector (where an IT-driven portal regime has been running successfully since 2013) – county courts have been allowed to lag behind for far too long. But what hope is there for lawyers of keeping their costs proportionate to the relatively modest sums at stake in these courts, when so much inefficiency is ingrained into the system?

It is surely time for some proper focus on the IT infrastructure of our county courts. A little investment could go a very long way.