Personal injury firm Hilary Meredith has completed the hire of Slater & Gordon’s head of clinical negligence, the second arrival from a rival firm in the space of ten days. 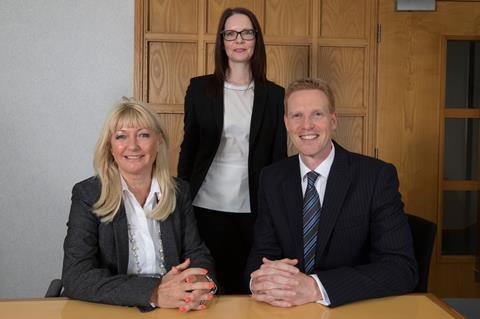 Kris Inskip, who was also a partner at S&G, will work as Hilary Meredith’s head of clinical negligence.

His arrival follows the appointment of Peter Watson as chief executive earlier this month.

Watson joined from national firm Simpson Millar, where he was managing director of legal services following the acquisition of Simpson Millar by Fairpoint in 2014.

Inskip has more than 16 years’ experience. He deals with cases involving serious injuries for both adults and children, specialising in brain injury claims and other serious injury and fatal cases. He joined Slater and Gordon when his firm Pannone was acquired by the Australia-listed alternative business structure in 2014.

Hilary Meredith, chair at Hilary Meredith, said: ‘We are absolutely delighted to welcome Kris to the firm. He is an accomplished solicitor with significant expertise handling complex medical negligence claims.’

The firm has been at the forefront of arguing for greater legal protection for members of the armed forces, whether that be through opposing government plans to widen the scope of combat immunity, or speaking up for soldiers subject to abuse enquiries.