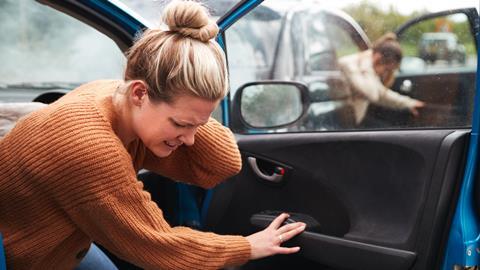 News focus: From insult to personal injury – a sector in flux

The demise of two big-hitting personal injury firms is a sign that the once buoyant claims sector is in a period of flux, with experts pointing to this year’s whiplash reforms as the catalyst for change

Experts have been predicting the death knell for the personal injury sector for a decade or so. Reports of its demise have so far been premature, but the current climate feels as if a different wind is blowing. Names that came to be synonymous with the explosion in the claims sector have disappeared in the past two weeks, while established firms which once relied on PI work have moved on.

Could we finally be seeing the crisis? And if so, why now?

Hampson Hughes and Pure Legal, both based on Merseyside, have appointed administrators in the last fortnight after being unable to stave off creditors any longer. Hundreds of jobs are expected to be lost, and new homes found for clients of the firms.

Both firms had rowed back from PI work in recent times – Hampson Hughes by specialising in clinical negligence, and Pure Legal taking on emerging markets in housing disrepair and data breach claims – but their demise is another sign that the once buoyant claims sector is in a period of flux.

Over the past decade, strict limits have been placed on the recoverability of fees, culminating with the Civil Liability Act which this year denied legal costs for any whiplash claims under £5,000. Coming on the back of shrunken fixed fees and tighter margins, experts agree this latest piece of legislation has prompted the current domino effect.

David Johnstone, managing director of Recovery First, which takes on unwanted claims from solvent and distressed firms and reallocates them to its panel of practices, says he has seen a rush of work in the past three months. The firm has been involved with transferring Pure Legal and Hampson Hughes claims and Johnstone expects plenty more to follow.

‘A number of things have come together,’ he said. ‘The pandemic has given people time to reflect. The reforms in May acted as a catalyst for people to strengthen and there will be some great law firms emerging, but many will think this is getting too hard and I have not got the investment in IT. They are making the strategic decision to come out of the market.

‘People genuinely believe there will be another extension of fixed fees. Part of it is the whiplash reforms but there is more to come. Also the majority of people who got into this market in 2000 might have been 35 to 45 and now they are thinking of retiring.’

'The reforms acted as a catalyst for people to strengthen and there will be some great law firms emerging, but many will think this is getting too hard… They are making the strategic decision to come out of the market'

Johnstone said that past reforms had encouraged entrepreneurs to enter the claims market with more of an eye for profit than for providing a service. ‘An awful lot of firms were pretty dire but because there was so much money you could survive in settling three or four out of every 10 cases. That was never sustainable.’

Perhaps the biggest recent development is that lenders have had enough. Pure Legal’s administration was preceded by legal finance provider Novitas petitioning the court for bankruptcy. Johnstone said the market has hardened with lenders wanting to see evidence that mountains of claims will actually result in settlements and profits.

Where does it all end? Johnstone predicted that eventually no more than 100 firms would service 80% of the PI market. Viv Williams, a consultant to the legal sector, agreed that low-value injury work will end up ‘in the hands of a few’.

He added: ‘Many PI and clinical negligence practices have been hanging on by their fingernails for most of the pandemic and a number have put themselves into a virtual run off position – closing cases to pay down bank and secondary lenders debt.’

Of course the picture is not all bleak. Last month one of the biggest specialist PI firms, north-west practice Fletchers Solicitors, was bought by private equity investors, while Manchester-based Express Solicitors has announced record financial results and said it is in a strong position to acquire more firms and caseloads.

For all the spotlight on failures, Johnstone said much of Recovery First’s work has come from solvent firms being proactive and looking for ways to depart the sector before it is too late. National practice Irwin Mitchell is probably the best example of a firm taking a strategic decision to opt out, selling its 25,000 existing fast-track cases to Minster Law in September.

Consolidation in the claimant sector is still inevitable, albeit taking longer than predicted. All the signs now point to the process accelerating.