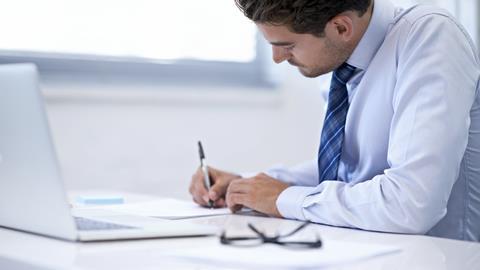 Lockdown has prompted the government to update the 183-year-old rules on witnessing wills. But some solicitors think reform is unnecessary and risks creating a contentious probate spike

Wills have stubbornly resisted the digital world. While many legal documents, including deeds and discharges, can now be executed electronically, the way wills are signed and witnessed has remained the same for the past 183 years – until last week.

Shortly after parliament went into recess, the Ministry of Justice revealed that a temporary statutory instrument will be laid in September allowing wills to be witnessed remotely in England and Wales.

The statutory instrument will significantly alter the Wills Act 1837, which previously required two witnesses to be in the physical presence of the testator. The new rules – which will be backdated to 31 January – will allow signatures to be witnessed using video conferencing software such as Zoom, Facetime or Skype. Once signed by the testator, a will can then be posted to witnesses, who sign it themselves during a web conference. Electronic signatures will not be valid.

While some solicitors have hailed the reforms as ‘essential’, ‘common sense’ and long overdue, others have labelled them dangerous, time-consuming and – contrary to the fanfare – unnecessary.

Penny Wright, partner in the inheritance protection team at Berkshire firm Gardner Leader, warned of several potential problems: ‘The delays in the process carry risk,’ Wright said. ‘It might take several days to circulate the document and complete the witnessing process. The person making the will might die or become incapacitated before the witnessing process has been completed, so the will won’t be valid.’

Vulnerable clients will still face obstacles, she added. ‘For a person who is shielding, the question of how they convey the will to the witnesses remains a problem. Either they will need to go out of their house to post it; or someone will need to come and collect the document.

‘Arguably, it is not necessary to bring in these new laws, because solicitors have been continuing to facilitate the proper witnessing of wills during lockdown, making many home visits to witness clients signing their wills from a safe distance with appropriate safety measures,’ said Wright.

Even solicitors who welcome the change have predicted a spike in contentious probate cases, citing a dizzying range of possible complications and challenges, from poor video quality to fraudulent alterations. The government’s dawdling has not helped. An overhaul of probate legislation has been expected since March and, in some cases, steps have already been taken on the basis that there was no valid will.

James Antoniou, head of wills at Co-op Legal Services, said the changes will ‘inevitably create a greater risk of uncertainty about whether a virtually witnessed will has, in fact, been executed properly.

‘This, in turn, means that there is also an increased possibility of wills made in this way being challenged in the future. It’s therefore vital that people putting wills in place take the right advice, and ideally from a legal provider which is regulated by the Solicitors Regulation Authority,’ he said.

A built-in sunset clause of two years means the statutory instrument will remain in place only until 31 January 2022. According to the Ministry of Justice, wills will return to being made with witnesses who are physically present after this date.

But the Law Commission, which paused its first consultation on wills in 2017, has been asked to provide a permanent solution involving primary legislation. One possibility is that judges will be given dispensing powers to recognise the deceased’s intentions where strict formalities for making a valid will had not been followed, ensuring their estate is passed on as they intended.

Regardless of the commission’s conclusions, however, it is hard to imagine, once video witnessing is widespread and lockdowns a distant memory, that things will seamlessly return to how they were before.

Neil Acheson-Gray, partner at London firm Carter Lemon Camerons, said the relaxation of the rules is a ‘measure from which there may be no going back.

‘The increasing frequency of the use of video conferencing will tempt clients and practitioners alike to adopt this method of execution as the norm regardless of the warning that it is only to be used where other solutions are not possible,’ he said.

The practical difficulties around virtual witnessing may disprove this notion: up to three video conferences will be necessary to create a valid will and documents will have to be posted multiple times. However, change is in the air and the Wills Act is unlikely to go unaltered for another two centuries.