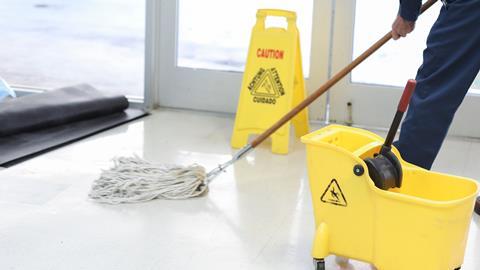 As cleaners at Addleshaw Goddard prepare to strike over pay, 135 legal practices have so far signed up to charity scheme

The number of legal employers committed to paying workers an independently assessed ‘living wage’ has increased by almost half in the past three years. Two-thirds of the UK’s top 30 firms by revenue are signed up, including all the magic circle, Gazette analysis shows.

Some 135 law firms, barristers chambers and related organisations have signed up to a scheme run by charity the Living Wage Foundation, up from 91 at the end of 2016. The commitment also encompasses onsite contractors.

The foundation’s ‘real’ living wage stands at £9 an hour across the UK and £10.55 in London, compared with the government’s statutory minimum ‘National Living Wage’ of £8.21 for people over 25. The government minimum for under 25s is £7.70.

Last week Addleshaw Goddard, which is not accredited, was notified of strike action by cleaners over their employer’s failure to pay the real London living wage of £10.55. The cleaners plan a ‘day of protest’ on Friday outside the international firm’s City offices.

The Cleaners & Allied Independent Workers Union called on Incentive to pay night cleaners at Addleshaw the London living wage, and to offer them an equal number of annual leave days and a contractual sick pay agreement. ‘Addleshaw Goddard specialises in “employee incentives”, yet they are not demanding that its cleaners enjoy even basic rights,’ the union added.

Addleshaw responded: ‘We are in regular dialogue with our third-party suppliers and Incentive FM will be bringing the night shift team in line with the LLW when salaries are reviewed in the early autumn.’

Other leading firms not accredited by the foundation include Eversheds Sutherland, DAC Beachcroft and Bird & Bird. The Gazette asked if they are considering accreditation or are already committed to paying all workers – including subcontractors – at least £10.55 in London.

Eversheds said it contracts its cleaning via a third-party and ‘does pay for the London living wage which, in turn, the third party pays the cleaning operatives as the minimum’.

DAC Beachcroft said it is working towards accreditation in November, adding: ‘We take pride in ensuring we are a responsible business, being voluntary living wage-compliant is important to us.’

Bird & Bird said it had ‘observed LLW as a minimum for all staff, including contractors, and is committed to doing so on an ongoing basis’, adding: ‘We introduced the LLW as an internal policy in 2010 before the establishment of the London Living Wage Foundation in 2011, and as such have never felt the need to seek accreditation.’