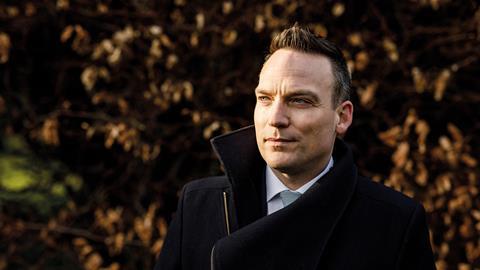 Her boyfriend had doused her in petrol and threatened to burn her alive, she told Sam Cottman, then a dispute resolution solicitor at City firm Travers Smith. She was 18 and afraid for her life.

Cottman sought to reassure her. ‘We can serve him an injunction so that he can never harm you again. It’ll cost £100.’

There was the briefest of pauses before she responded. ‘I’m sorry. I’ve wasted your time. I don’t have £100.’ And she rang off.

Cottman never heard from her again. The charity that had referred her to him had no contact details. To this day, he has no idea what happened to her.

This incident, although by no means Cottman’s first foray into the pro bono protection of the vulnerable, left an indelible impression. It could even be argued that, without that brief conversation, Cottman would never have aspired to leave dispute resolution and become Travers Smith’s first director of pro bono. He might even, perhaps, have never won both the 2020 Wig & Pen and LawWorks awards for excellence in pro bono. But those developments still lay some years in the future.

There is a wonderful community of lawyers out there ready to share and help. We are all in it together in what is a very welcoming space

Cottman came to law after reading modern languages (French and Spanish) at University College London. His Spanish studies included a spell in Argentina, where he wrote a dissertation on corruption.

‘Although languages were my first love, I also had an interest in human nature and investigation,’ says Cottman. ‘Increasingly, I recognised that my preferred role was to look at words on pieces of paper, not at numbers. Work experience at Travers Smith confirmed this. I was attracted by the negotiations and strategies.’

He proceeded to complete law conversion and legal practice courses at BPP Law School, but was still in no rush to embark on a legal career. ‘I took six months out to travel in South America and then Asia on the basis that once you were in a City practice, you were there for life,’ he explains.

At last, he became a trainee at Travers Smith, qualifying in 2008: ‘As a trainee, I got to experience four six-month seats: banking; disputes; corporate; and commercial. I enjoyed the human element of disputes because, at the base of every dispute, there is someone who has got something wrong. I loved the advocacy and the witness reports. There were plenty of pro bono opportunities, too.’

Indeed, while still in his disputes trainee seat, he ‘inherited a file’ that led to his involvement in a pro bono death row scheme to represent prisoners in Trinidad whose sentences had been commuted to life imprisonment. ‘I would sometimes receive letters from them,’ he says. ‘On one memorable occasion, I got a letter from the prison governor saying my client had escaped.’ 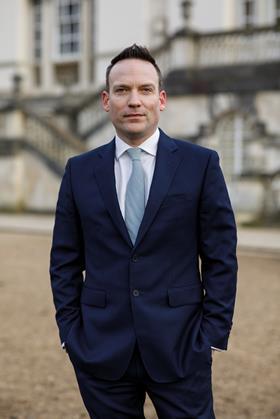 The reconfigured pro bono framework will build upon the firm’s existing collaborations with the Chancery Lane Project (countering climate change), Refugees at Home (finding accommodation for refugees), the National Centre for Domestic Violence and other campaigning groups, including Advocates for International Development (A4ID), which provides free legal advice to NGOs.

Archbishop Desmond Tutu’s endorsement of A4ID is fondly remembered by Cottman. On 13 July 2009, speaking at St Paul’s Cathedral, London, the Nobel Peace Prize-winning South African cleric said: ‘Just when you are thinking things are rough (and) evil seems unstoppable… you are exhilarated to discover there’s a thing called Advocates for International Development… You are fantastic.’

A year after qualification, in 2009, Cottman took on the firm’s first pro bono case acting for a victim of domestic abuse. ‘The abuse was so traumatic, she tried to kill herself,’ he explains. ‘The trial itself was tense, with the couple’s children giving contradictory evidence. I went to court to cross-examine. Waiting for the judgment, my client’s hands were shaking violently. We won the day, which showed what you can achieve with the right legal knowledge and right representation.’

Recalling his time in the dispute resolution team from 2008 to 2020, when he became pro bono director, he says: ‘I had a great run for 12 years. We were a generalist team and were expected to turn our hands to every type of dispute, such as pensions, employment, contracts, fraud and regulatory.’ And yet, throughout that time when he had a full caseload, he was able to continue to pursue his passion for pro bono.

Cottman has now run Travers Smith’s relationship with Advocates for International Development (A4ID) for 10 years. He has been a member of the firm’s corporate social responsibility committee since 2007, became a trustee of the firm’s charitable foundation in 2015 and, in 2019/20, helped launch the firm’s domestic violence advocacy unit.

As if all this was not enough, in 2017 he founded the Cottman Foundation, a charity that tackles domestic violence, knife crime and human trafficking. It also funds clean water projects overseas, homes for abandoned children and youth sports programmes.

Why start his own charity? ‘Because I had come to realise that my pro bono interests were varied,’ replies Cottman, ‘and rather than become a trustee of a big charity focusing on one issue, my own charity would let me keep a tight hold on what we did and how we spent our money.’

I went to court to cross-examine. Waiting for the judgment, my client’s hands were shaking violently. We won the day, which showed what you can achieve with the right legal knowledge and right representation

Is there room in the market for yet another charity? He nods. ‘In 2018 alone, two major law firms adopted the Cottman Foundation as their charity of the year,’ he says.

In his commercial work, he was selected as a judicial assistant to the Court of Appeal from October 2010 to May 2011. He found himself working for the judge who would become lord chief justice from 2013 to 2017, Lord Thomas of Cwmgiedd.

Cottman recalls the future LCJ asking him on his first day: ‘How much criminal experience do you have?’ Cottman could only reply: ‘As of today, one day.’

He was struck by Thomas’s ‘remarkable’ ability to deal with murders and terrorism one day, and financial instruments the next. Cottman became involved with Court of Appeal hearings for such high-profile cases as the 2006 liquid bomb plot to down transatlantic flights and the 45-year determinate prison sentence for the terrorist who, in 1986, planted a bomb on his pregnant fiancée. His plan was to blow up both her and the aeroplane in which she, one of 376 passengers, was flying to Israel.

Cottman reminisces about the times Thomas would send him into the basements of chambers to recover documentary evidence of how certain laws came into being. ‘I would resurface covered in mud – or at least in the dust from centuries-old books.’ His ‘love of advocacy was born then’, he says, and with Thomas’s encouragement he went on to qualify as a solicitor-advocate.

While still on the Travers Smith disputes team, Cottman was seconded for a second time, on this occasion to the Serious Fraud Office (SFO), between August 2013 and May 2014. He had been drafted in to help the SFO with one of its ‘blockbuster investigations’. ‘I was brought in to interview suspects and witnesses,’ Cottman says. ‘Some of the interviews were the longest in the history of the SFO, lasting for a week or more. I spoke to very senior people in the City about the 2008 financial meltdown’.

Upon returning to Travers Smith, he became part of the team defending an Icelandic lawyer, a Travers Smith client, and defendant along with accountancy firm Grant Thornton against a multi-billion pound claim for damages brought by property magnates Robert and Vincent Tchenguiz.

My involvement in the case continued until the Commercial Court dismissed all allegations against the defendants in October 2018.

‘It was a Hollywood moment – high fives, handshakes, some clients in tears.’

Cottman’s pro bono efforts continued unabated throughout this high-pressure, career-defining case. He represented a human trafficking victim, for example, who was being sued – for business rates – by her trafficker.

‘I dealt with the civil matter while the police pursued the criminal matter,’ he explains. ‘We always focus on representing the victims rather than targeting the gangs.’ 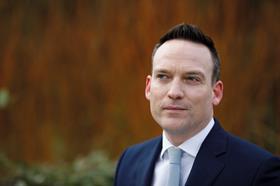 Cottman and Travers Smith associate Maya Chandegra assisted in the research and production of a Justice report, published on 25 February, into racial disparities in the youth justice system. Key recommendations included:

Cottman says: ‘Despite making up only 18% of the child population, BAME children make up 52% of those in custody. The impact of this disproportionality on their lives and futures is devastating.’

One pro bono initiative was notably serendipitous and, from a lawyer’s perspective, extra-curricular. On 14 June 2017, Cottman’s taxi passed by Grenfell Tower, where a crowd had gathered in the immediate aftermath of the fire that killed 72 residents. ‘I got out of the cab to see what was going on and volunteered to help coordinate the distribution of food, clothing, sleeping bags and other emergency supplies.’

In 2019, he was invited to write a paper for the firm’s partnership board on how its pro bono work could be taken forward. ‘The paper explained what we already have, what we’re missing and proposed that we scale up the whole enterprise.’

It must have struck a responsive chord because, in March 2020, Cottman became Travers Smith’s first director of pro bono.

Was the transition from disputes resolution to full-time pro bono painless? ‘By the end of 2019, my commercial work was going very well. I was actively involved in the (human rights charity) Justice project, looking at why black and minority ethnic young people were disproportionately likely to be prosecuted under the criminal justice system. I had grown a team to work with me on it and was confident we could soon produce a report recommending ways to level the playing field. That report has now been published (see box).

‘I was also shortlisted by the firm for partner, the culmination of 14 years’ hard work and, professionally, the fulfilment of a lifetime’s ambition. I would have loved to have been a partner in the dispute resolution team. But at the same time, I was also being considered for the pro bono directorship. I had a huge commercial caseload and a huge pro bono caseload. Where might I make the biggest impact?’

He withdrew from the partnership process and, as he puts it, ‘managed to get the pro bono role’.

Since March 2020 he has focused exclusively on pro bono work, speaking, writing, developing relationships and managing other pro bono suppliers. ‘There is a wonderful community of lawyers out there ready to share and help,’ concludes Cottman. ‘We are all in it together in what is a very welcoming space.’