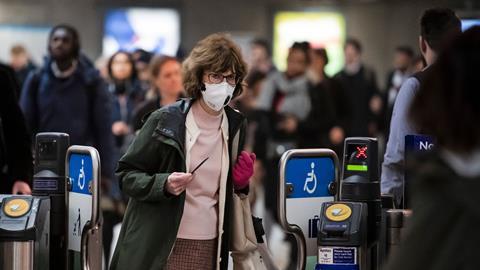 The coronavirus outbreak continued to take its toll during the peak legal conference season with the postponement of next week’s Legalex event.

Organisers said today the decision had been taken to reschedule the exhibition for 2 and 3 December.

The event, being held at the ExCel Centre in east London, was due to feature 100 seminars from various figures in the legal industry and attract up to 3,500 visitors over the two days.

Organisers yesterday said they intended to go ahead with the show next week, but the Gazette heard from exhibitors during the day who had pulled out and it was considered this was the only option in the current environment.

In a statement, Legalex said: ‘The global impact of this situation, not least upon international travel and resulting restrictions imposed by many organisations, means that after discussions with all parties we have taken the decision to postpone.

‘The health and safety of our visitors, exhibitors and staff will always be our number one priority.’

The government and its health advisers have moved the UK’s position from ‘containing’ the virus to ‘delaying’ it, but have opted against banning mass gatherings of people, as has been implemented in other European countries.

The outbreak has already resulted in a number of event cancellations over the coming week. But the official launch of Women in Family Law, scheduled for London this evening, will go ahead as planned.

In a tweet yesterday, organisers said: ‘Event still happening!! We look forward to seeing all of our guests, but in line with other public events, we kindly ask that all refrain from shaking hands when greeting others. We want everyone to feel comfortable on the night and not feel constrained by social conventions.’