17
Coronavirus: Spate of legal events cancelled but some will go ahead 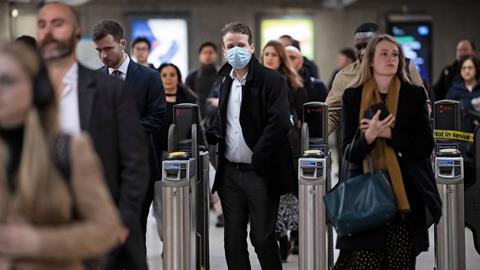 Coronavirus: Spate of legal events cancelled but some will go ahead

Event organisers have faced difficult decisions this week about how best to respond to the coronavirus outbreak, amid ongoing uncertainty about the safety of convening large numbers of people.

But while some meetings and conferences have been cancelled or postponed, others will proceed as planned.

The Law Society’s risk and compliance conference, which attracts hundreds of delegates every year, is going ahead tomorrow in London.

The annual Legalex expo, scheduled for the ExCel Centre in London next week, is also running as planned, organisers said today.

A spokesman said: ‘When it comes to health and safety, we will take continual advice from the aforementioned bodies and venue to keep participants safe. If their advice and guidelines change, they will be applied to Legalex and we will continue to update everyone involved on a regular basis.’

The Association of Personal Injury Lawyers has told the Gazette there are no plans to cancel its annual conference in Newport in May.

Ahead of the government’s expected escalation of action in its response to the outbreak, a number of organisations have cancelled or postponed events and conferences.

Among events not happening is the annual conference of the Society of Clinical Negligence Lawyers, which had been scheduled for Birmingham later this month. Organisers told the Gazette they hope to rearrange the event for the autumn.

The Women in the Law UK conference, set to be held in Manchester tomorrow and featuring more than a dozen guest speakers, is also postponed, as is the annual dinner next week with Baroness Hale as guest speaker. Organiser Sally Penni said it had been an ‘exceptional week of disappointment’.

The Society of Legal Scholars has announced that a seminar on the legal life of Baroness Hale this month in London has also been cancelled.

The cancellation of events is not a step that would be taken lightly. Many organisations rely on the income from ticket sales and exhibitors, with significant expense already incurred in the planning stages.

Charities working alongside the legal sector are also affected, with the Spinal Injuries Association announcing this morning that tonight’s Cornflower Ball in Manchester is cancelled. The event, sponsored by Slater and Gordon, was due to attract 550 guests and be a major fundraiser for the year.

The Legal Services Board has cancelled its event on legal technology, which was due to take place on 26 March, after the venue provider pulled out of all events in London. A spokesperson said: 'Due to the commercial risk in finding an alternative venue at short notice, which given current uncertainties we may ultimately need to cancel, we have decided to postpone the event.'

The Law Society is keeping the coronavirus situation under review and monitoring the advice it receives from the Foreign & Commonwealth Office and Public Health England.
Find advice and updates here.